The President holds the most powerful and influential office in The United States and movies about American Presidents carry with them a special obligation to be accurate and faithful.

A movie about the office of the president, whether fictional or biographical, requires the willingness of the filmmaker to not be narrow-minded in their angle and a level of respect. These six (6) movies are made with respect and do not appear to be full of propaganda.

Dave has to be one of my favorite comedies. Kevin Kline stars in the dual role of Dave, an outgoing middle class businessman, and President Mitchell, a jerk who has extra-marital affairs and is engaged in fraudulent activity.

Coming off of the presidency of Donald Trump, this feel-good comedy will have you laughing and smiling as you imagine and hope for someone like Dave to take the office of President. And when the secret service agent says, “I would have taken a bullet for you [Dave],” you say to yourself – “now that’s a president I can back.”

Lincoln is a blockbuster biographical movie starring Daniel Day-Lewis as President Lincoln and Sally Field as his wife. The story covers the last four months of Lincoln’s life, including the thirteenth amendment of the United States Constitution.

FactualAccuracies: While the movie is mostly lauded by historians, there are doubtlessly “no shortage of small historical bloopers in the movie” according to Harold Holzer, co-chair of the Abraham Lincoln Bicentennial Foundation.

The HBO TV Series, John Adams, was an Emmy-winning portrayal of the life of the 2nd President of the United States. The series, starring Paul Giamatti, tells the story of Adams from 1770, after the Boston Massacre, to his retirement and later life after his presidency.

Historical Accuracies: While history buffs will love this series and appreciate the accuracies, the average viewer might find the show tedious at points. The series has been applauded by historians for its “historical accuracy and gritty realism that is as close to the real thing as we are able to imagine”.

The History Channel came out in 2020 with a three-episode miniseries about the life of George Washington (before he was the first President of the United States). The series starred Nicholas Rowe as the future president and Nia Roberts as his wife, Martha Washington.

The television series follows Washington’s life as a soldier in the British Army through to the conclusion of the Revolution War.

Historical Accuracies: The miniseries features both dramatic reenactments and commentary by historians such as Pulitzer-Prize winner Joseph Ellis.

#5. All the President’s Men (Biographical)

Based on both the historical Watergate incident (involving President Nixon) and the book by The Washington Post writers, Bob Woodward and Carl Bernstein, the film stars Robert Redford and Dustin Hoffman as two young and feverish reporters who break the story surrounding Watergate.

Following the tragic assassination of John F. Kennedy, Parkland is a recreation of the drama and chaos at Parkland Hospital in Dallas, Texas, where doctors tried to save the President’s life and the political turmoil that centered on where to take the President’s body for the autopsy and what were the appropriate next steps.

Historical Accuracies: As with any fictional depiction of a factual moment in time, there will be consistencies whether due to lack of understanding or dramatic license taken by the writers and directors.

What is one of your favorite movies about American Presidents (either factual or fictional)? 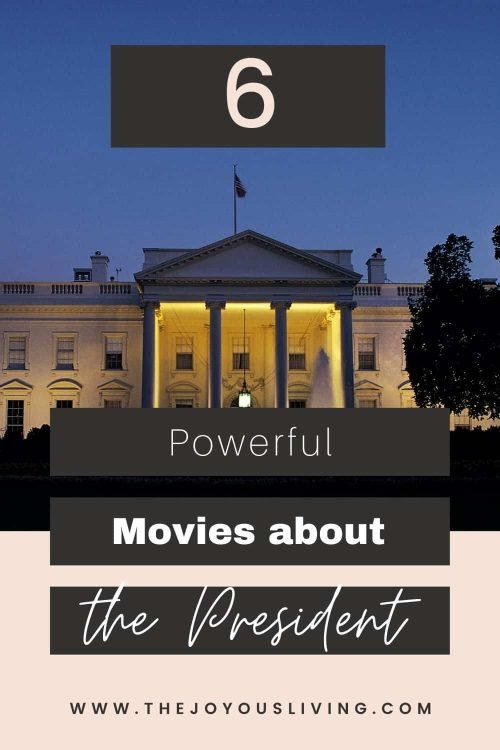