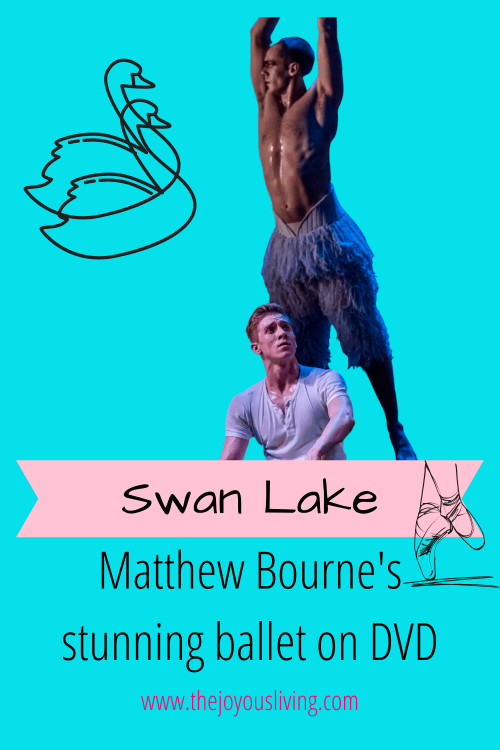 Sir Matthew Bourne’s SWAN LAKE has been leaving audiences speechless for 24 years (since premiering at Sadler’s Wells in 1995) and after countless goosies and one of the most amazing evenings at the ballet EVER seeing Sir Matthew Bourne’s CINDERELLA (Best National Tour of 2018/2019) in February at The Ahmanson Theatre I knew I had to see his interpretation of SWAN LAKE.

On opening night at The Ahmanson Theatre in Los Angeles, SWAN LAKE was mesmerizing for numerous reasons. Without giving away too many spoilers, here are FIVE of the best reasons for seeing SWAN LAKE during its U.S. Tour.

#1. Katrina Lyndon as The Girlfriend

A new comedic character was developed by Bourne in 1995 – The Girlfriend – and Katrina Lyndon (So You Think You Can Dance, UK) is brilliant in this role combining wit, grace and heart. Both my girlfriend (who saw CINDERELLA with me in February 2019) and I agreed that Lyndon’s performance was our favorite of the evening and we cannot imagine anyone else doing the role justice.

After being so delighted by last night’s show, I was surprised to read that The Girlfriend is not often well received by the general public and her ambition is perceived as ruthless. I would actually argue in her defense that as played by Lyndon, The Girlfriend is actually one of the few likable and sympathetic characters in the story.

Considering this is a ballet, I would be remiss to mention the fabulous pas de quatre with The Prince, The Stranger, and Mari Kamata (French Princess) at The Royal Ball (after intermission).

It would be very interesting to see her performance in the cold and distant role of The Queen (that she alternates with opening night’s Nicole Kabera).

#2. The Best Changes Made By Bourne

As per his norm, Bourne reworked and reinvented SWAN LAKE’s music, choreography, and storyline making it fresh for a modern audience. My absolute favorite change had to be Bourne’s decision to take a portion of the third act’s #19 and replant it in the middle of Act One.

To the strains of “No. 19 Pas de six”, The Prince and The Queen share the most heartbreaking pas de deux made complete by Paule Constable‘s stunning lighting design that involves the casting of shadows both figuratively and literally.

I’d be curious to see who else drew parallels between the fictional Prince and Queen and real-life Rudolf and Empress Elisabeth of Austria-Hungary (“Wenn ich dein Spiegel Wär“, Elisabeth the Musical).

#3. The Costumes by Lez Brotherston

Gorgeous! The Queen wears some of the most beautiful Dior-inspired gowns that make music as the sweep of her skirt across the stage. Meanwhile, the male corp de swans’ feathered pants are the male equivalent to twirling skirts little girls dream of.

Some would label this is a “homosexual” story. But that would be too simple and dismissive of a summary. As Matthew Bourne said:

The prince’s relationship with the swan is more about a repressed young man’s need to be loved, rather than about any sexual desire.

As I mentioned in #2, The Prince’s distant relationship with The Queen is, in my opinion, at the heart of the story. Just as a single gesture of Alan Vincent’s arm towards Ashley Shaw’s Cinderella was heartbreaking in CINDERELLA, the same could be said for the near-missed moments between The Prince and The Queen in SWAN LAKE.

It is because of a lack of affection from his mother that The Prince goes in search of love from first The Girlfriend and later The Swan, all leading to his descent into depression As The Prince continues to spiral into madness of his own mind he has a lewd and shocking fantasy involving The Stranger (the same dancer as The Swan but this time menacingly clad in black leather) and The Queen in the most disturbing scene of the evening that had me scratching my headlong into the morning [while PG-13 in nature, this is definitely not a ballet to take the young kids or anyone squeamish.]

How could I not mention the fabulous male corp of swans led by opening night’s Will Bozier? It was fascinating to watch the swans transform from beautiful and graceful to menacing and cruel. Similar to how we hear time and time again of mass murderers and terrorists’ friends and family watching in shock as they reveal their true colors, the audience can only watch in shocked horror as the swans’ transition from perceived innocents to murderers. It is even more disturbing to think that Matthew Bourne’s ballet forgoes the sorcerer character making the swans and rest of the cast of colorful characters liable and responsible for their actions.

The Swan/Stranger: Will Bozier (Disney’s Beauty and the Beast, Mamma Mia!)

The Girlfriend/Bag Lady: Katrina Lyndon (BBC1’s So You Think You Can Dance, 2011)

Accessible (Valet) Parking: Use the Hope Street entrance. Those properly displaying a handicapped placard pay $9 (same as garage admittance) for valet parking and have a much shorter walk to/from the theatre. Without a placard, it is $23 per car.


Garage Parking: Self-parking is available at $9 per car using the North Grand Avenue entrance. The garage sometimes fills up on dates when all three theatres at The Music Center are operating so plan accordingly allowing extra time.

Disclaimer: My ticket was generously comped by CTGLA but the opinions are all my own.