sharing is caring
I’m delighted to say that I had a chance to interview Larry Raben, Director of The Music Man, for The Joyous Living. We talked about everything from Patrick Cassidy and Shirley Jones to how the show has evolved due to the #MeToo movement. Enjoy!

1. The Music Man is ingrained into the memories of many of us whether it is from seeing the original Shirley Jones’ movie to the Wonderful World of Disney version with Matthew Broderick to the Broadway production with bigger than life Craig Bierko. What newness do you hope viewers will get out of this 5-Star Theatricals’ production?

The show is indeed a timeless classic and a valentine to 1912 Americana!  We are so lucky to have Broadway superstar, Adam Pascal, play one of the greatest leading man roles in the musical theatre.  What I want the 5-Star audiences to discover is how Marion’s strength, beautifully embodied in Katharine McDonough‘s performance, is a catalyst for grifter Harold discovering his humanity.

2. You are surrounded by The Music Man royalty at 5-Star Theatricals having the incredible Shirley Jones on your Executive Advisory Board and Patrick Cassidy as your Artistic Director. What was the best piece of advice they gave you during your brainstorming process and early rehearsals?

It was truly amazing to hear stories from Shirley Jones about filming Music Man and working with the incredible Robert Preston.  Patrick has played Harold Hill many many times and gloriously so.  His best advice was to explore the showman in Harold Hill.

See a clip of Patrick and Shirley in The Music Man, Music Circus:

3. The Music Man is also near and dear to the hearts of 5-Star Theatricals, formerly Cabrillo Music Theatre, with it being the theatre’s inaugural production in 1994. How is this production paying tribute to the 1994 inaugural production? Will any of the 1994 cast members be joining the 2019 cast on stage for an encore?

4. When the audience first hears the train whistle blowing and sees the men on stage in the justly famous “Rock Island”, what is your hope for how they’ll respond?

I hope they’ll cheer! Rock Island is a genius piece of writing ahead of its time.

5. Do you think the #MeToo movement has changed the way we look at Harold Hill’s nonstop flirtation with Marion who continuously is telling him “no”?

It has definitely changed the rehearsal process on a piece like this.  We had many discussions about how relentless Harold is with Marion.  Ultimately, we all came to the conclusion that Marion is one of the strongest female characters written in this time period.  We had extensive discussions about the parentage of Winthrop and how that secret (in our version) informs some tough decisions that Marion makes.

6. Why do you think The Music Man is still timely and appropriate?

We need shows like The Music Man to both transport us to a simpler time, America 100 years ago, and to remind us how much we’ve grown as a society.  There is a delightful charm in the naiveté of the denizens of River City. Mostly, we will always want to revisit this show because it has one of the best collections of songs in any musical, and the title character ultimately finds redemption. 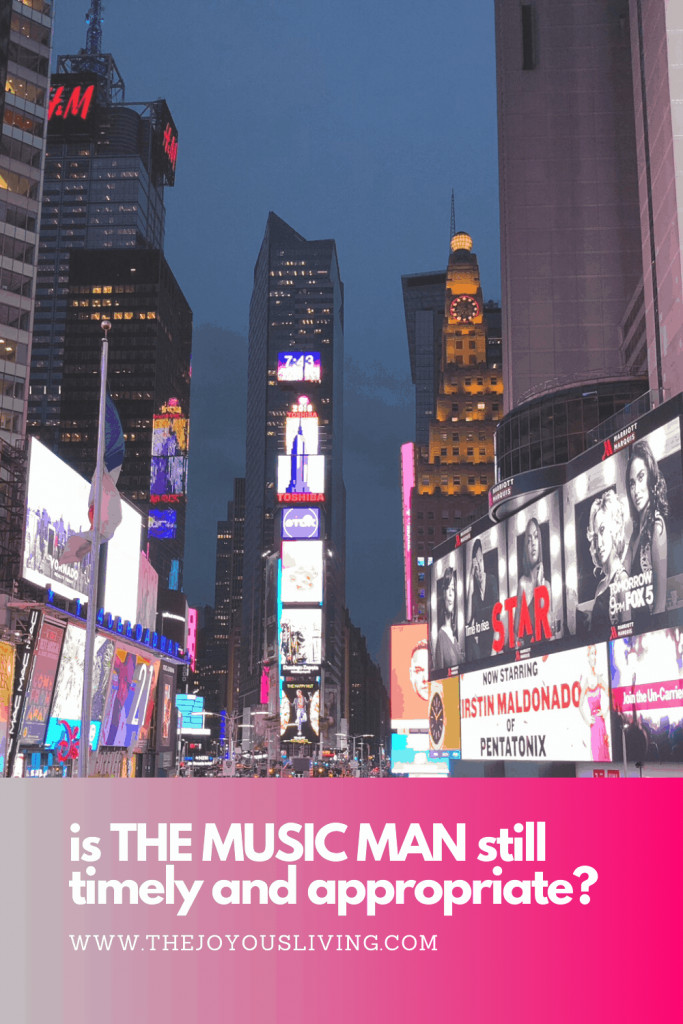 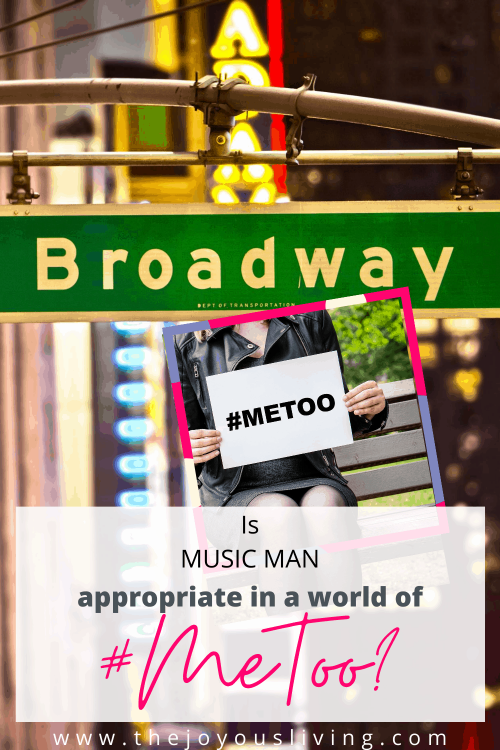 15 Comments on Is The Music Man Appropriate in a World of #MeToo?