Julia Quinn has made quite a name for herself with the recent Netflix Bridgerton series based on her bestselling regency book series. 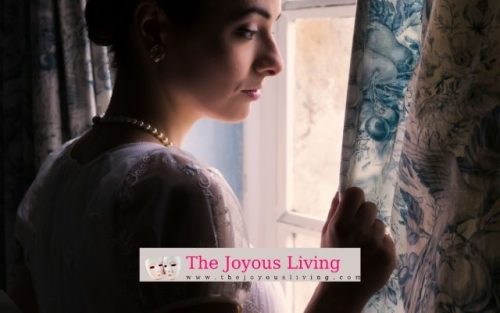 For those who have been on the Moon since December, Julia Quinn’s Bridgerton series of books have been made into a new TV series by Shonda Rhimes (Scandal, Grey’s Anatomy) featuring men and women of color in atypical roles. The TV show is also known for having ramped up the sex scenes and nudity.

Even Tony from Good Day LA said that the show deserved its MA rating.

So while I recommend caution when reading The Bridgerton books and watching the tv series that has been loosely based on the books, I thought it might be fun to share three of my favorite Julia Quinn books.

Much like with Bridgertons series, these two books are hilarious and will have you laughing out loud under the sheets. And this book includes the main characters reading the hilarious fake story of Miss Butterworth and the Mad Baron that was first mentioned in It’s In His Kiss (Bridgertons #7). I really cannot wait til the story is published in its entirety on August 17, 2021.

What Happens in London is seriously worth reading for a scene when the hero’s cousin, Sebastian [the hero in the 3rd book in the Bevelstoke series] reads a portion from Miss Butterworth and the Mad Baron to hilarious acclaim. You’ll be holding your side from laughing so hard.

What Happens in London Description:

Rumors and Gossip . . . The lifeblood of London

When Olivia Bevelstoke is told that her new neighbor may have killed his fiancée, she doesn’t believe it for a second, but, still, how can she help spying on him, just to be sure? So she stakes out a spot near her bedroom window, cleverly concealed by curtains, watches, and waits . . . and discovers a most intriguing man, who is definitely up to something.

Sir Harry Valentine works for the boring branch of the War Office, translating documents vital to national security. He’s not a spy, but he’s had all the training, and when a gorgeous blonde begins to watch him from her window, he is instantly suspicious. But just when he decides that she’s nothing more than an annoyingly nosy debutante, he discovers that she might be engaged to a foreign prince, who might be plotting against England. And when Harry is roped into spying on Olivia, he discovers that he might be falling for her himself . . .

Sexual Scenes: There are innuendos and ONE sexual scene.

In Just Like Heaven, Honoria Smythe-Smith is a violinist in the family quartet and well aware of how bad her family of musicians sound. Her love interest is the Earl of Chatteris, Honoria’s older brother’s best friend.

The couple is one of my all time favorites from the Julia Quinn universe.

Once again, #1 New York Times bestselling author Julia Quinn transports her readers to historical romance heaven! Quinn’s Just Like Heaven is the dazzling first installment of a delightful quartet of Regency Era-set tales featuring the romantic exploits of the well-meaning but less-than-accomplished Smythe-Smith musicians—in this case, a beautiful violinist in the pitiful group who has her sights set on marrying the last unwed Bridgerton…unless her handsome, love-struck guardian has anything to say about it. Bridgerton fans will cry, “Encore!”—as will every reader who adores England’s Regency period and great love stories that are smart, witty, and lighthearted.

Francesca is the invisible Bridgerton sister in the first season of Shonda Rhimes’ Bridgerton tv series. She is however my all time favorite of the sisters in the book series. I am curious to see how Shonda and the creators of the Bridgerton series will include her in the next three seasons. Given that she is an already married woman when book #6 begins it is likely to assume we will see her courted and married in one of the next seasons.

While this is one of the steamier of Julia Quinn’s Bridgerton series with roughly 3-4 sex scenes, this also happens to have some of the best chemistry between leads. Michael Stirling has carried a torch for his cousin’s wife since just moments before her wedding and created a persona of infamous rake to keep her from ever guessing his true feelings. But now that they are both single, what is going to happen when Francesca desperately wants to remarry and have a baby and Michael cannot deny his feelings for her?

When He Was Wicked Description

In every life there is a turning point. A moment so tremendous, so sharp and breathtaking, that one knows one’s life will never be the same. For Michael Stirling, London’s most infamous rake, that moment came the first time he laid eyes on Francesca Bridgerton.

After a lifetime of chasing women, of smiling slyly as they chased him, of allowing himself to be caught but never permitting his heart to become engaged, he took one look at Francesca Bridgerton and fell so fast and hard into love it was a wonder he managed to remain standing. Unfortunately for Michael, however, Francesca’s surname was to remain Bridgerton for only a mere thirty-six hours longer—the occasion of their meeting was, lamentably, a supper celebrating her imminent wedding to his cousin.

But that was then… Now Michael is the earl and Francesca is free, but still she thinks of him as nothing other than her dear friend and confidant. Michael dares not speak to her of his love… until one dangerous night, when she steps innocently into his arms, and passion proves stronger than even the most wicked of secrets. 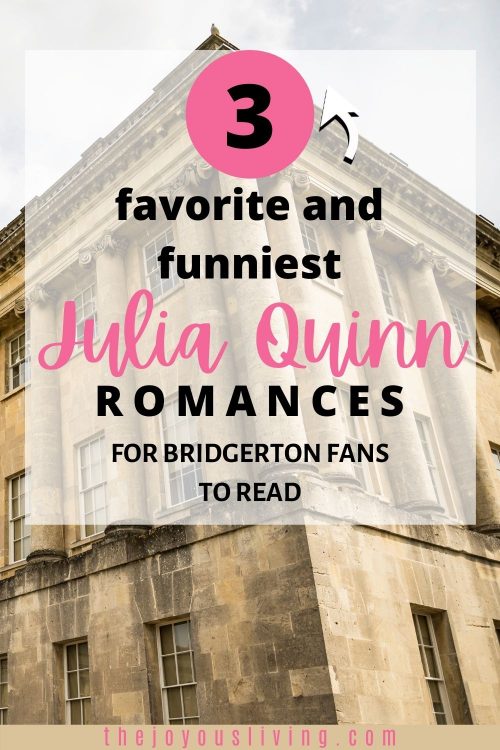 What is your favorite Julia Quinn book?