Five-Star Theatricals, formerly Cabrillo Music Theatre, will present Disney’s Beauty and the Beast for a limited two-week run with 10 performances from July 20 through 29.

The show stars Susan Egan, who earned both Tony Award and Drama Desk nominations for best actress as the original Belle in the 1994 Broadway production, and is directed by Yvette Lawrence, who was also in the original Broadway production and played Belle in Los Angeles opposite James Barbour. I’m delighted to say that I had the opportunity to chat with Ms. Lawrence on the phone this week to talk about our mutual excitement for the upcoming production. So pull up a cuppa and let’s chat… 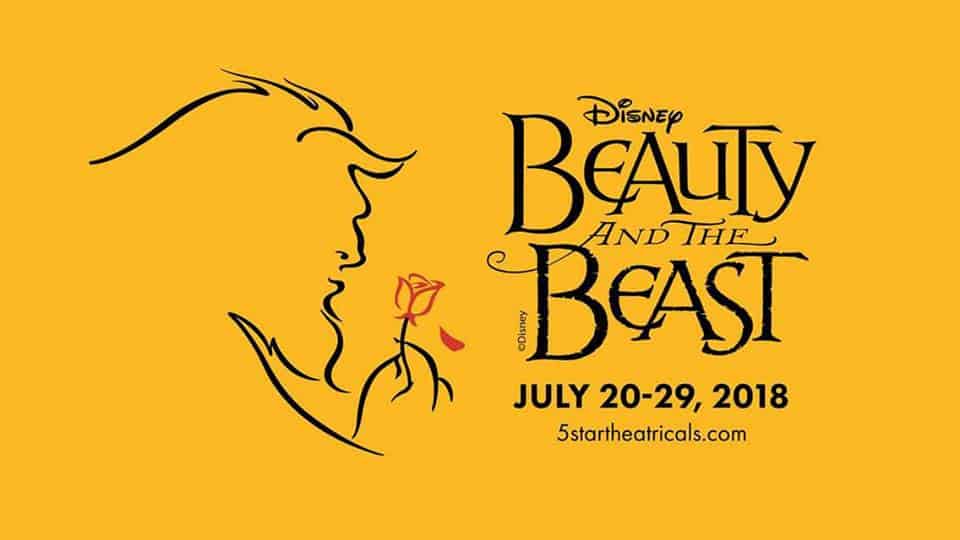 What was your approach to staging Disney’s Beauty and the Beast?

Yvette Lawrence: I wanted to take it back to what Linda Woolverton and Howard Ashman wanted. Rediscovering, reimagine and retelling. Keeping it all based in the message and the strong story telling and focusing on the humanity of what has happened to everyone effected by the spell. Just look how one mistake can effect so many and how transformative is the power of love.

How did your prior experience with Disney’s Beauty and the Beast and being Susan Egan’s LA replacement as Belle influence your decisions here?

Yvette Lawrence: Obviously we cannot do any of the original blocking and staging. That’s not ours to do. An example of changed staging — The opening is unlike the way it’s been done before with the young prince at the door. Our story begins with a party. So that’s a big change. It’s more like the live action film being introduced to all the main characters in their human form. I wanted everyone to understand that everyone has been effected by this. We have children in our village and in past productions there were no children except for Chip in the castle and we have other children as enchanted objects so he’s not the only child so that also makes a difference.

The 2017 live action film is probably on the young audiences’ minds when they are buying tickets to see the 5-Star Theatricals production. What would you say to them about expectations?

Yvette Lawrence: They are going to just rediscover the story. Anyone who only knows the movie with Emma Watson will actually get to experience the original Broadway Belle who worked directly with Linda Wolverton (the character’s creator). Linda even came in and gave me notes when I was at the Shubert Theatre. Linda’s empowerment of the Disney character and female was unique. She didn’t want to write a heroine who needed to be saved but wanted to create a Disney heroine who saves the prince.They’ll get a great message and they’ll also be super entertained.

The choreography, staging, music and costumes! Getting to know these people as people. Even the enchanted objects – the humanity in them is so important for each one. Everyone has a story and in rehearsals we focus on being interconnected and having a story. They’ll also not see a typical village of dancers but our village is made up of all shapes and sizes! We actually look like a village. 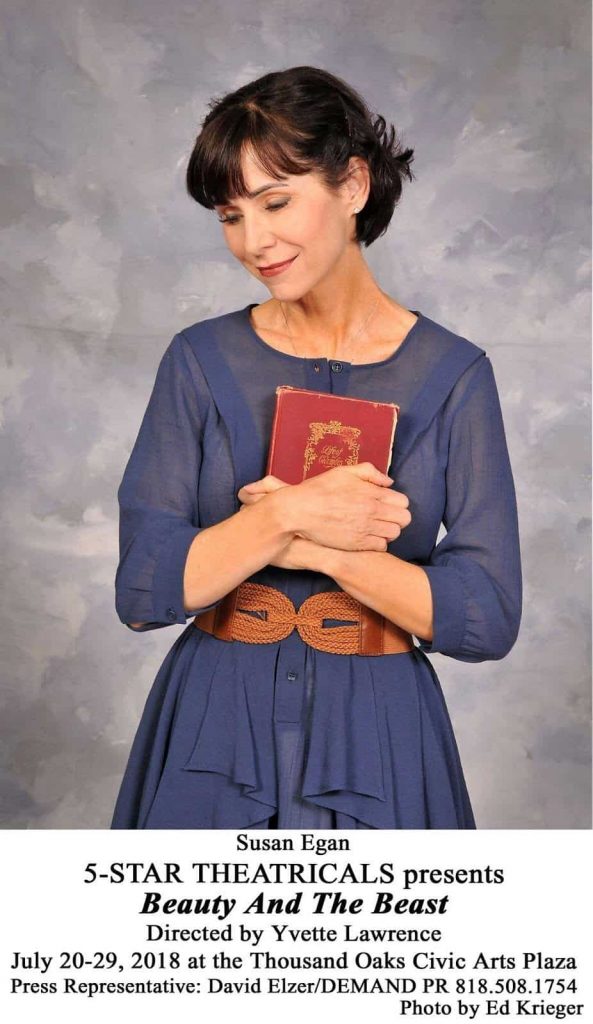 The Joyous Living: I personally was disappointed with Emma Watson’s yellow gown after Lily James’ opulent blue ballgown and the Broadway and National Tour signature yellow and gold ballgown. I remember going to see the national tour at its stop at the Thousand Oaks Civic Arts Plaza and hearing a little girl, in her Disney dress up gown, gasping and exclaiming to her father in excitement.

Do you have any special memories wearing that iconic gown?

Yvette Lawrence: Both dresses honestly. The blue dress is “oh my gosh! you are Belle.” My first performance coming out I remember hearing a child in the audience gasping and saying “Belle!” And with the yellow ballgown you could feel the shift in the audience and feel the awww.  You also have that moment of aww, where you feel so beautiful like a princess. We’ve been doing Susan’s fittings with the yellow ballgown and we will definitely elicit that response again. We’ll have the little girls who go awww.


How uncomfortable was it to wear and dance around in? I heard stories it would move one way when Susan was trying to go the other way.

Yvette Lawrence [laughing]: Whenever you wear hoop skirts, you have to remember it’s going to have a little extra life to it. If you try to do a little too much the gown tends to take over. The gown we have was a little heavy and we had to add a little alterations because Susan is tiny and that dress can become overwhelming.

Tell me about your amazing cast.

Yvette Lawrence: This cast is just wonderful. Susan and I are always saying how they will not disappoint. People will think they’re watching original cast members. They are fantastic.

Fun fact: Tracy Ray Reynolds [Mrs. Potts] was in our original Shubert Theatre cast and without even knowing it all those years ago she was there absorbing and learning from Beth Fowler [The Original Mrs. Potts]. 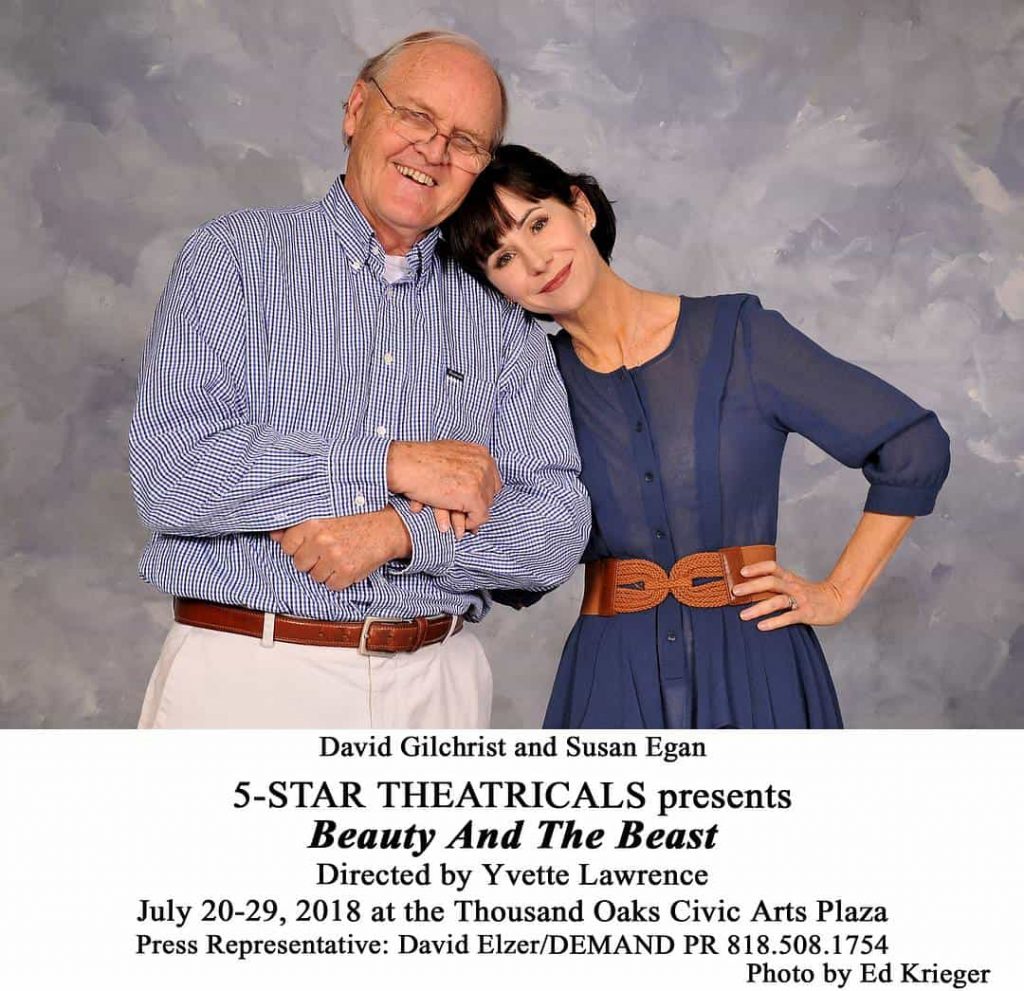 You’ll totally believe the connection between Belle and her father. The first time Susan [Egan] and David Gilchrist [Maurice] sang “No Matter What” we all had tears in our eyes. The connection the two of them have is just beautiful. Tom Bosley [The Original Maurice] was such a patriarch of the show. He was such a papa and David is just the same.

Our Beast, Jason Chacon, is new to us but he IS fantastic. He’s going to break your heart and he’s also going to scare you.  When Belle leaves it is heartbreaking. We’ve been starting to work with his tail to work with it to get him used to it. He has an absolutely beautiful voice and a lovely actor.

Susan [Egan] has been wonderful to work with and open to saying it doesn’t have to be the way it was before. We can tell it our own way. Susan sounds just like she did 24 years ago! There’s a sense of maturity and experience that helps with the story telling.

I had never really known Susan before. All I did was trail her for a week at the Shubert and she said “good luck”.

Fun Fact: She moved out of the Shubert with her black lab, Willa, and I moved in with my black lab, Audrey. And now we each have two girls. In fact my two girls are in the cast. One is a Silly Girl and another is a dancer in the show.

What has been your biggest directorial challenge thus far?

Yvette Lawrence: Working with a set with unknown variables. You don’t always get what you are imaging so you adjust. While it’s been challenging it’s also really fun and you get to use your brain and redirect.

Many would say Disney’s Beauty and the Beast was the first family friendly Broadway musical. What would you say to parents who are debating taking their children to see the show?

Yvette Lawrence: Be prepared to fall in love with Beauty and the Beast all over again.
What a perfect way to wrap our interview. I can NOT wait to see this amazing cast and what magic Yvette Lawrence has whipped up for us with this limited production of Disney’s Beauty and the Beast. So be prepared to fall in love with the music and characters all over again and get your tickets fast because I can’t imagine they will be around for much longer.
Tickets: $35-$89 at TicketmasterLocation: Thousand Oaks Civic Arts Plaza, 2100 E. Thousand Oaks, Thousand Oaks, CA 91362Parking: $8 (cash only)Appropriate Ages: All ages! All children must have a ticket.Accessible Questions: See my previous post here.

12 Comments on Interview with Yvette Lawrence, From Belle to Director of Beauty and the Beast