G is for The Golden Bowl by Henry James…

This has to be one of my all-time favorite Henry James stories, published in 1904, for his poignancy and ability to create such angst and beauty in this tapestry of prose.

Synopsis of The Golden Bowl

Wealthy Maggie Verver has everything she could ever ask for – except a husband and a title. While in Italy, acquiring art for his museum back in the States, Maggie’s millionaire father, Adam, decides to remedy this and acquire a husband for Maggie.

Enter Prince Amerigo, of a titled but now poor aristocratic Florentine family. Amerigo is the perfect candidate. Delighted, Maggie then reciprocates by choosing a partner for her widower father: childhood friend Charlotte Stant. The stage is set, and what unfolds is a deep and gripping exploration of fidelity and the politics of love and marriage. 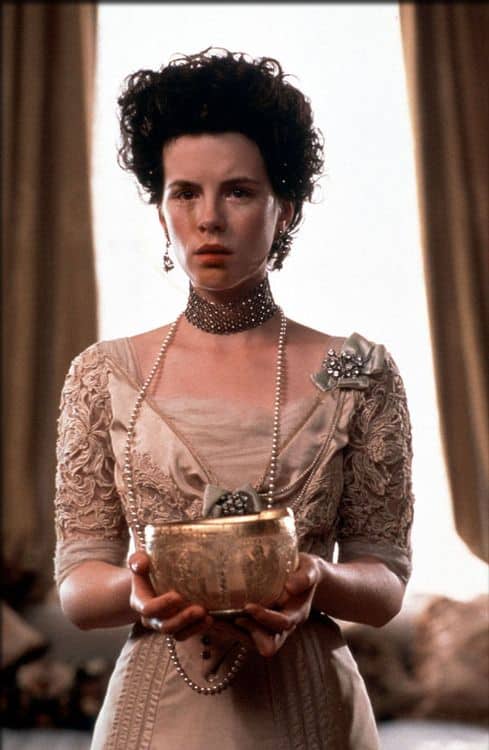 The Golden Bowl starring Kate Beckinsale and Jeremy Northam was a beautiful film adaptation made in 2001. Based on the book by Henry James, this gem of a James Ivory costume drama is lush with stunning costumes, gorgeous scenes, and terrific performances by all the stars.

Many might argue that the female characters are not as strong in this James Ivory adaptation as they are in the book and 1972 film (not on DVD). I would argue that while Maggie’s character is quieter and less forcibly manipulative, she is still a strong woman who manages to survive the shock of the affair, fight for her husband, lie as well as any of them when ‘needed’, and her titular scene when the golden bowl is broken and the truth revealed is spectacular from the moment she learns the truth thanks to the shop keeper til the moment she finishes fighting with her husband (Jeremy Northam).

Kate Beckinsale‘s Maggie especially tugged at all my heartstrings and she is surrounded by a truly incredible and talented all-star ensemble featuring the likes of James Fox, Anjelica Huston, and Nick Nolte in this lush costume piece.

RATING: The movie is rated R for one love scene. 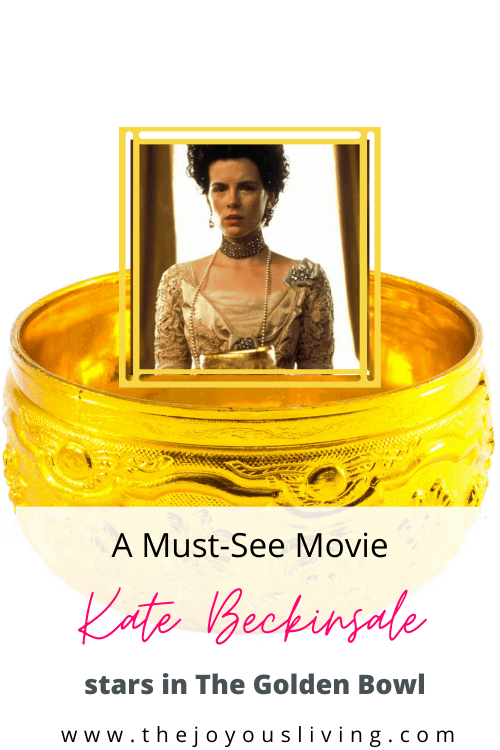 6 Comments on A to Z Challenge: The Golden Bowl