sharing is caring
Last night, FLIM: the Movie had its UK premiere at the Raindance Film Festival in London.
I had no real notion of what to expect but that it was a British comedy about the making of a film featuring an ensemble cast. 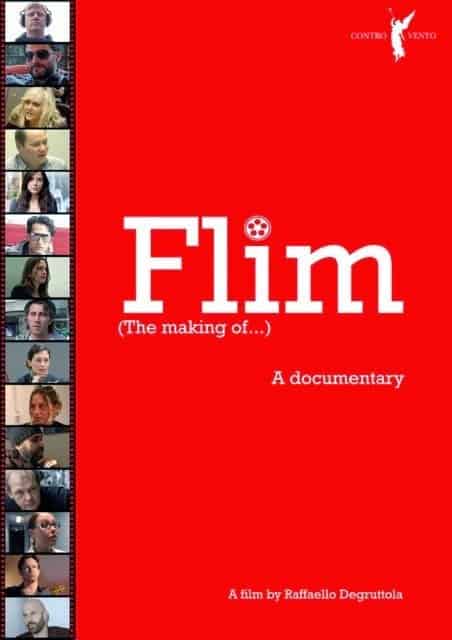 The premiere was sold out and had a starry guest list including the Radio 1 DJ Nick Grimshaw, model Daisy Lowe, the prince of Soho Bernie Katz, designer Sadie Frost, and artist Zoe Grace. 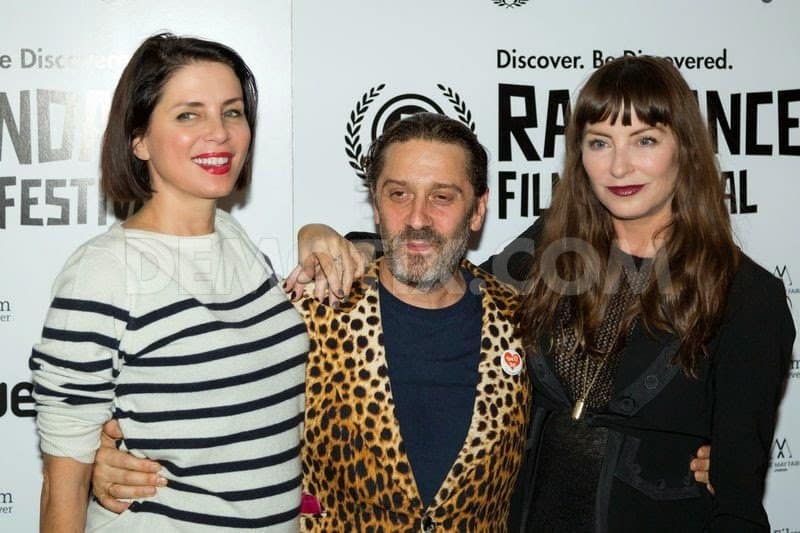 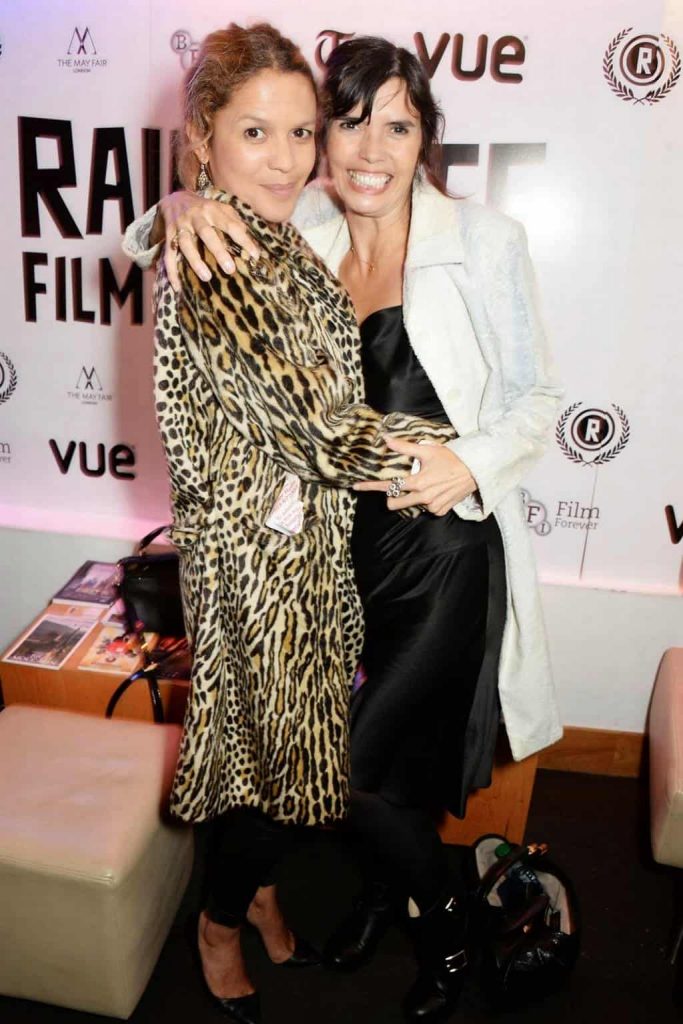 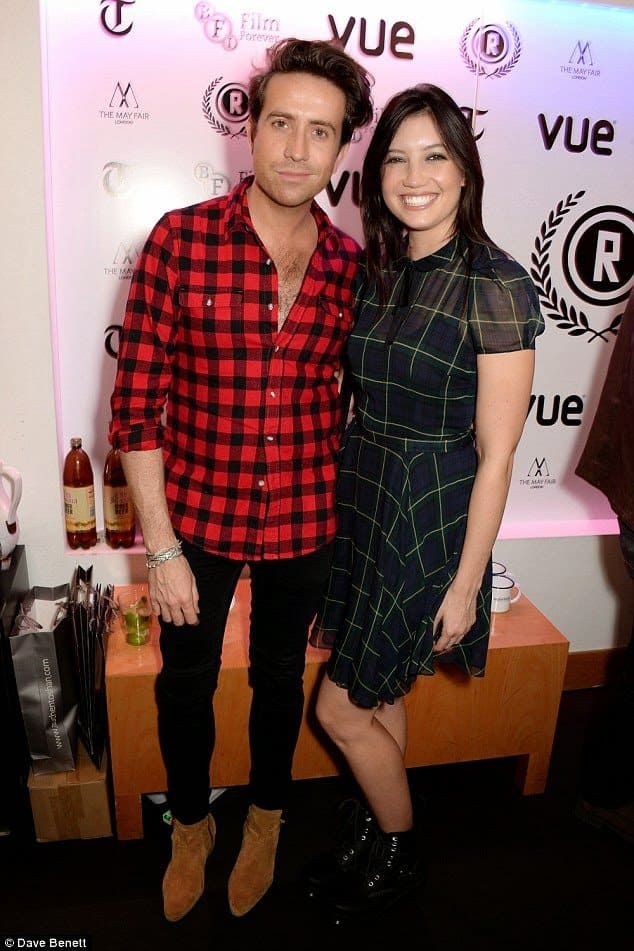 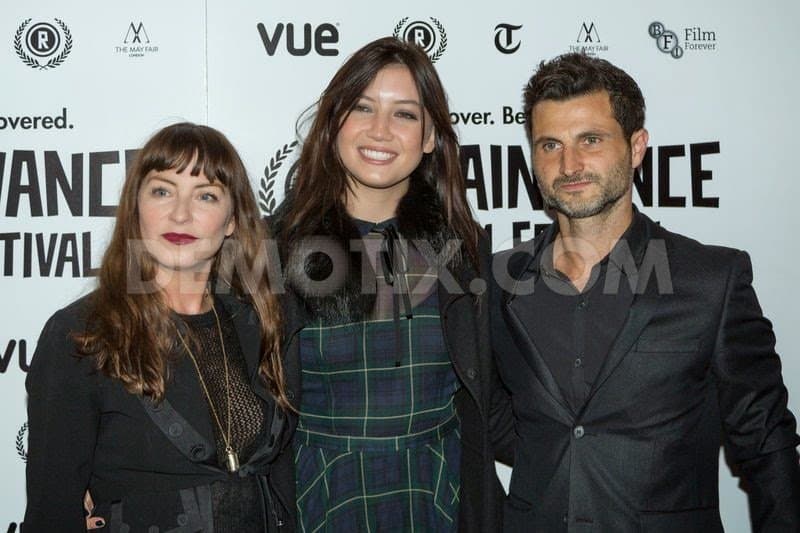 I even managed to photobomb these gorgeous ladies without knowing it. 😀

But onwards to the film itself. Flim: the Movie is the story about Ravi (Raffaello Degruttola), an Indian film maker, who is being followed by an amateur documentary film crew headed up by Scott (The Tudors’ Steve Waddington) as he assembles an entourage (including Collette Cooper as an introverted make-up artist Suzanne and Jonathan Kerrigan as composer Nathan Saunders)
with the help of his shady accountant – producer Giles (George Potts) – and his good-natured life coach Cat Summer (Doctor Who‘s Camille Coduri) and tries to put together his big motion picture despite the fact that he has no script or budget. The cast also includes Mistresses’ Shelley Conn as Ravi’s wife Maresi and Sadie Frost as herself.
What makes the film so enjoyable are the numerous cliche caricatures, fun-poking at the industry, and the central character Ravi’s  numerous mishaps and misadventures. Anyone who’s ever worked in the film industry and/or knows anyone in the film industry will be able to appreciate FLIM about Ravi’s attempt to break into Hollywood… prematurely, perhaps?

There were strong performances from the entire cast but standouts included:
The likeable yet airhead Cat (Camille Coduri) whose performance brought about lots of chuckles and also elicited sympathy for the protagonist, Ravi; Steve Waddington as the documentary’s director Scott through who’s eyes you saw Ravi and his misstep after misstep; Shelley Conn as Ravi’s wife who although given minimal screen time made the most of each scene and who’s portrayal of Maresi helps the audience better understand Ravi’s psyche; Raffaello Degruttola as the protagonist Ravi who’s humour is spot on and who’s portrayal is well rounded leaving you shaking your head in laughter and amazement at the ridiculous things Ravi does and the next moment wanting to give his character a cuddle and wish he’d catch a break.
And a special shout out to my friend, Collette Cooper, who was terrific and LOL-funny as the introverted make-up artist (#2) Suzanne who finds herself lost for words on several amusing occasions.
The movie did drag a bit towards the end, could benefit from a good 1/2 hour cut from the film and was peppered with adult situations and adult language (including one colourful c word) BUT all in all it was a jolly good movie poking fun of and with references to imdb, L.A., Indian versus Indian (o gosh I sure had deja vu to a good number of times friends and I would need to clarify our meaning), the shady accountant/producer, amateur filming mistakes, and etc.! When it makes its way to a general release which I have no doubt it will you will want to check it out. 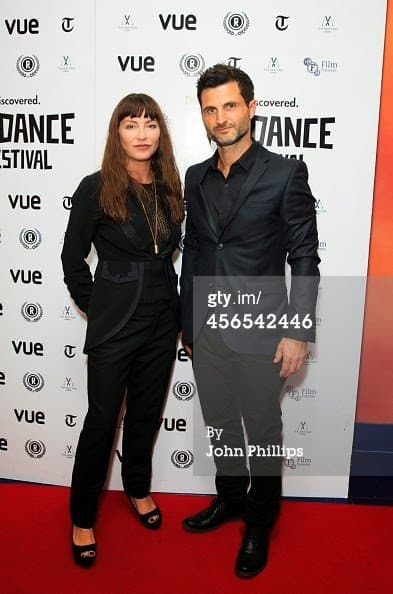 Big congrats to Raff and Collette on a terrific UK premiere of FLIM: the Movie. As the director and founder of the Raindance Film Festival said, FLIM was one of the easiest submissions to approve this year and is sure to go places! xx
You can follow Raff and Collette on Twitter here and here.