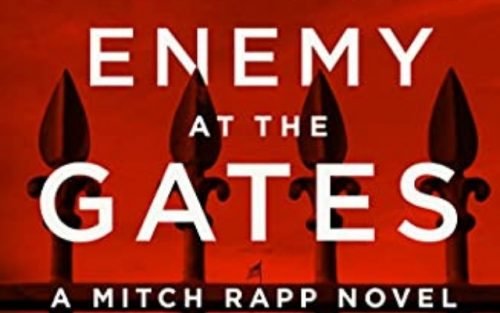 Mitch Rapp, the love child of late author Vince Flynn, has been fighting for the Red, White, and Blue in 19 heart-pounding adventures since 1999. Moviegoers might recognize him best as 2017’s The American Assassin (played by Dylan O’Brien).

And now you can stop holding your breath and pick up your own copy of Mitch Rapp’s 20th adventure, Enemy at the Gates, penned by Kyle Mills in the style of the late Vince Flynn, starting September 14, 2021.

Who is Mitch Rapp?

Mitch Rapp’s high school sweetheart Maureen Eliot, who was attending Syracuse University with Rapp, was killed in the December 21, 1988 bombing of Pan Am Flight 103. One year later he was recruited into the Central Intelligence Agency by Irene Kennedy.

He is a hot-headed, aggressive, devoted, and determined operative who is willing to do the things others are not in order to get the job done and keep the Republic safe.

Key Players (Catch Up) in the Rappverse

If you have not read any or all of the previous Rapp books, do not worry. You will have no trouble picking up this novel and jumping headfirst into the action. Of course, don’t be surprised if after reading Enemy at the Gates you’re downloading all the previous books to binge read on your Kindle.

Here are the short biographies of 3 friends of Rapp who play a significant role in Enemy at the Gates:

Mike Nash – Mike Nash is a friend and former partner of Mitch’s whom Mitch mentored and helped get a desk job at the CIA.

Scott Coleman – Scott Coleman is a friend of Mitch’s and also a former Navy SEAL. Scott is always there whenever Mitch’s back is up against the wall and he needs a friend.

Synopsis of Enemy at the Gates

Mitch Rapp has worked for a number of presidents over his career, but Anthony Cook is unlike any he’s encountered before. Cunning and autocratic, he feels no loyalty to America’s institutions and is distrustful of the influence Rapp and CIA director Irene Kennedy have in Washington.

When Kennedy discovers evidence of a mole scouring the Agency’s database for sensitive information on Nicholas Ward, the world’s first trillionaire, she convinces Rapp to take a job protecting him. In doing so, he finds himself walking an impossible tightrope: Keep the man alive, but also use him as bait to uncover a traitor who has seemingly unlimited access to government secrets.

As the attacks on Ward become increasingly dire, Rapp and Kennedy are dragged into a world where the lines between governments, multinational corporations, and the hyper-wealthy fade. An environment in which liberty, nationality, and loyalty are meaningless. Only the pursuit of power remains.

Review of Enemy at the Gates

Kyle Mills’ books are reading more and more like the Mitch Rapp books we loved from the late Vince Flynn and Enemy at the Gates is a great example of his writing and a terrific choice for the 20th book in the action-packed series.

In Enemy at the Gates, we pick up the action six months after Total Power.

Mitch Rapp has settled into a happy life with Claudia and her seven-year-old daughter Anna. His moments with Anna are some of the cutest and happiest in the book.

There is a new president of the United States (Anthony Cook) that Irene Kennedy does not trust. He and his wife are cunning and want to do whatever is in their power to get rid of Irene Kennedy, the Director of the CIA, and Mitch Rapp. The couple rope in a mole and halfway through the book the action gets really good because Mitch must go into the field to protect Nicholas Ward.
Honestly, the first half of the book dragged and was a slow read. However, when Mitch goes into the field on his mission things really spice up and without giving away any spoilers you will be glued to the book for the last eight chapters. Except to scream, want to pull your hair, and cry. Talk about an emotional rollercoaster for those of us who have read the first nineteen Mitch Rapp novels.

Be sure to catch my interview with Kyle Mills!

Rating: PG-13 for language and violence

Fun Fact: Kyle Mills initially found inspiration from his father who was the former director of Interpol.

Disclaimer: As a proud Mitch Rapp Ambassador, I was given an ARC of Enemy at the Gates for review purposes but all opinions are my own. 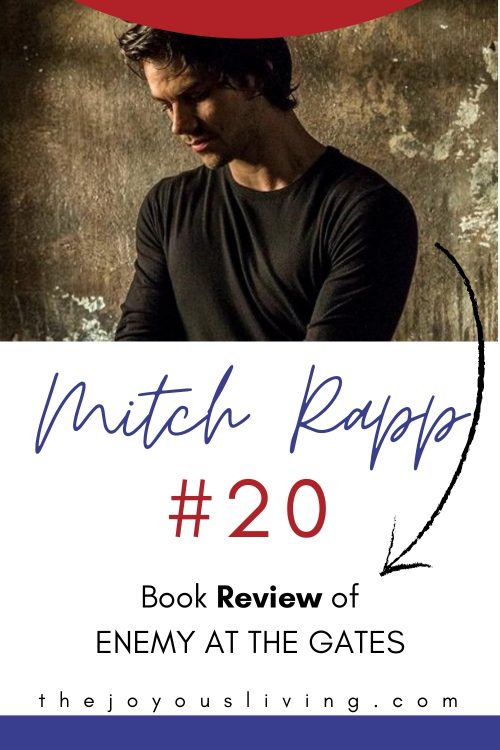 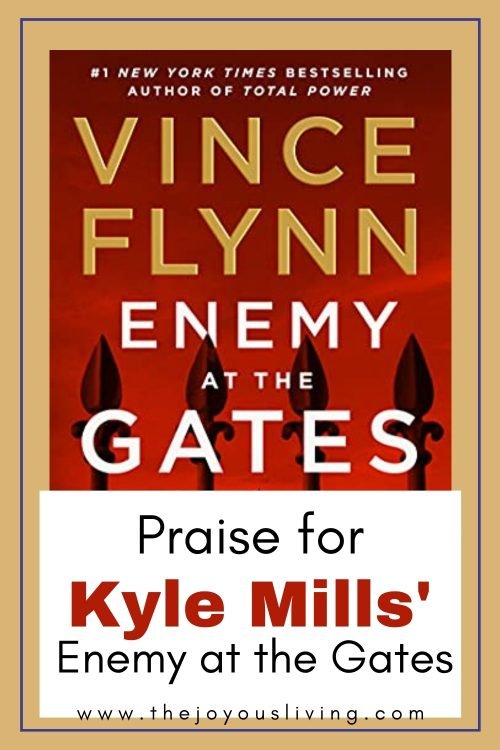 What is your favorite Mitch Rapp book to read? Why?