Endeavour Season 8 is back on US television screens after 2 years.

So how do we wrap up a wonderful series such as Endeavour that has been airing since 2012? By tying up loose ends. Here are some of the loose ends that were left unanswered at the end of Endeavour Season 7.

Thursday: We’re just as much about what we hate as what we love. Everyone picks a side… or the side picks you.
Morse: Unless you’re me, and it’s sports. I was always picked last.
Thursday: I picked you!

Fans of Endeavour will be happy to hear there are still two more episodes set to air in the United States on PBS this summer.

Endeavour Season 8. Episode 2. “Scherzo”
– May 1971. A cab driver is found dead in his taxi, owing a large debt to a colleague. Investigations into his death lead Endeavour and the team first to a nudist colony, where guests are making the most of the spring sunshine, and later to the heart of a blue movie outfit in London’s Soho. Meanwhile, at home, Endeavour receives a guest who reminds him of a past he’d sooner forget. As the investigation into the cab driver’s murder unfolds, Endeavour starts to retreat from those close to him and appears set on a course of willful self-destruction.

Endeavour Season 8. Episode 3. “Terminus” (Series Finale)
– November 1971. A passenger is killed shortly after leaving a bus. Morse was also on the bus but was in a drunken stupor. He catches the bus again but it becomes trapped in a snowdrift. The passengers seek refuge at a hotel where years earlier there had been a massacre. Then the passengers start being killed. In the end, the sun comes out as the snow finally begins to thaw.

Endeavour Season 9 Will Be the Last One

No date has been announced yet but it has been confirmed by PBS that Endeavour will take a final bow at the end of season 9 (which filmed in Oxford in 2022).

“Endeavour has been a real labour of love for all of us, and we salute Russell Lewis for his extraordinary achievement in chronicling Endeavour Morse’s coming of age across 72 hours of TV. Russell always knew where he wanted the series to end, and that Remorseful Day is nearly upon us! We’d like to thank Shaun and Roger and all the other members of the Endeavour family on and off screen, and the show’s fans both in the U.K. and abroad. Russell has many surprises up his sleeve for the final three films, with the return of some familiar faces and new challenges for Endeavour and Thursday to face before the final goodbye!”

Best Stories from Endeavour, Inspector Morse, and Lewis to Rewatch

Will you be having Endeavour withdrawals after July 3rd? Here are some fan favorite episodes from Endeavour, Inspector Morse, and Lewis, you should check out –

When an Oxford “soccer mom” is found hanged in her home following a visit from a mysterious stranger, Lewis and Hathaway uncover a web of family and sexual intrigue that convince them the initial suicide verdict may not tell the whole story. A renowned professor, near death and plagued by his own terrible secret, claims to hold the key that will unlock the mystery, but first he wants something from Lewis and Hathaway. As time passes and tension mounts, the partners worry that they may be staking the outcome of the case on a conversation between a dying man and a terminally damaged one.

Elizabethan tragedy collides with 21st-century technology when a lonely feminist Shakespeare scholar, humiliated in a viral video leaked from a dating site, takes her life in despair. Miranda Thornton had numerous enemies who might have relished her downfall: a property developer, a former student, a jilted romantic hopeful, and an anonymous online gadfly.

Determined to assign blame for Miranda’s anguish, Inspector Lewis (Kevin Whately) begins his investigation at the scurrilous video-hosting blog, TheBarker.biz, and before long, he is convinced of Miranda’s murder. But when an Oxford youth connected to the case is violently killed, Lewis and Hathaway (Laurence Fox) fall victim to TheBarker’s sensational accusations. In social media stripped of identity and humanity, mirroring only loneliness, Lewis and Hathaway must cut through swathes of Internet anonymity to penetrate a Generation of Vipers.

Thirteen years after Lewis’ first successful arrest as a Detective Inspector, the forensics have been called into question and the case reopened for appeal. Lewis fears the worst, but nothing can prepare him for the resumption of the original murders with the original weapon. Did he arrest an innocent man? With Lewis’ reputation in jeopardy, Hathaway and Maddox race to catch the killer.

Anne Stavely, a friend of Morse’s, ostensibly commits suicide at her home in Jericho, though Morse is unconvinced. Morse works with Sergeant Lewis for the first time.

When Henry Fallon, an Oxford don, commits suicide, Morse discovers he has a painful link with the man’s widow, Susan.

Yvonne Harrison is murdered in her bed and found by her husband Frank, her body having been left in a sexually compromising position. Morse, after no progress, is taken off the case after two months, and it remains unsolved. A year later an anonymous letter sent to the police suggests Harry Repp, who is to be released from prison, may be the perpetrator.

Morse’s failing health has Lewis assuming a more active role. Paddy Flynn, the cab driver who drove Frank Harrison to his home on the night of the murder, is found dead in a local rubbish dump. Harry Repp is also found dead, in the boot of a stolen car. A local lothario, John Barron, is killed in a fall from a ladder. It is speculated that the three men had been blackmailing whoever killed Yvonne, and that Barron killed the other two so that he could keep the blackmail money for himself.

Yvonne’s son, Simon, is questioned in Barron’s death, but then a teenage boy admits to having caused Barron to fall off the ladder by crashing into it with his bicycle. The police deduce the Harrison family conspired together after Yvonne’s murder to stop the blackmailing. The teenage boy is actually Frank’s illegitimate son, Roy, who lied to the police in order to get Simon off the hook for killing Barron. And Yvonne’s daughter, Sandra Harrison, a doctor who had seen Morse a few days earlier, had killed her mother in a jealous rage over John Barron, who’d seen her arrive last at Yvonne’s home.

Just after uncovering the truth, Morse collapses from a heart attack and later dies in hospital in the end. Lewis gets a phone call at the airport, where he has gone to intercept Sandra, who is attempting to flee to Canada. Then, as Lewis takes Sandra into custody, she tries to explain her motivations, but he rebuffs her; she tells him Morse will understand, and he shouts, “Inspector Morse is dead!”.

June 1965. The murder of a 15-year-old schoolgirl and the apparent suicide of her boyfriend lead an investigation by the Oxford City Police to the discovery of sex parties where under-age girls are procured for politicians, businessmen, Oxford dons, and policemen, which in particular make the sifting of evidence very difficult. Endeavour’s superior, Detective Inspector Fred Thursday, recognising the young constable is a detective he can trust, takes him under his wing and is determined to break the case and, with Morse’s help, bring it to a successful conclusion.

Early June 1967. The missing persons case of Danish au pair Ingrid Hjort proves far from routine, pulling Endeavour into the duelling worlds of Oxford scientific academia, the city’s vast parks, as well as an urban legend said to haunt the untamed wilderness of the Oxfordshire countryside.

September 1967. The discovery of a body on an archaeological dig sends Morse to the village of Bramford, where botanist Matthew Laxman disappeared five years earlier and where pagan customs are practised for the forthcoming Autumn equinox. All the locals, including reclusive clairvoyant Dowsabelle Chattox, deny seeing Laxman until Selina Berger, whose brother is a doctor, recalls seeing the missing man’s car in the vicinity of the nuclear power plant nearby.

While its director Elliot Blake assures Morse that it poses no danger, it is not a welcome presence in the village, the proposed site of a new reservoir. Morse believes the locals are lying when Laxman’s jacket is found on a scarecrow and Dowsabelle and others admit that he came to Bramford and to the power station. As the celebrations begin Morse and Thursday rush to the station to prevent an aggrieved avenger destroying the whole area before unmasking Laxman’s killer.

What has been your favorite episode or storyline from the Inspector Morse, Lewis, and Endeavour catalog? 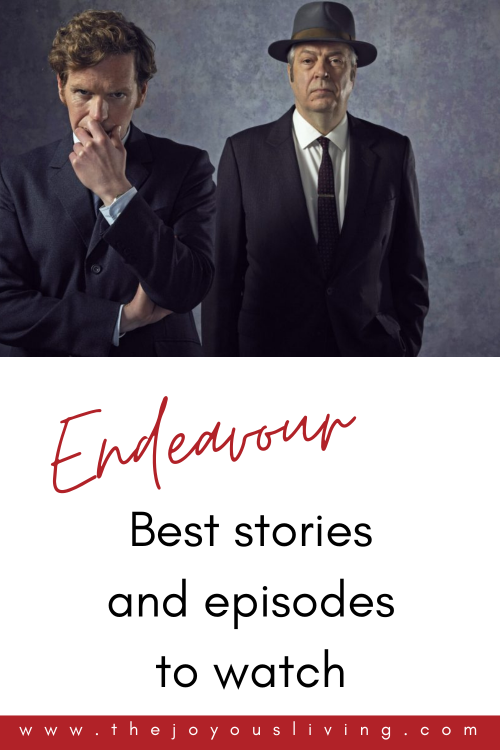 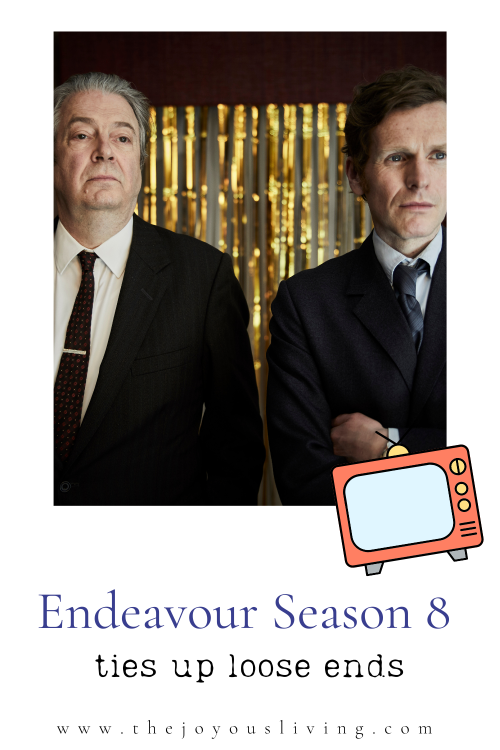