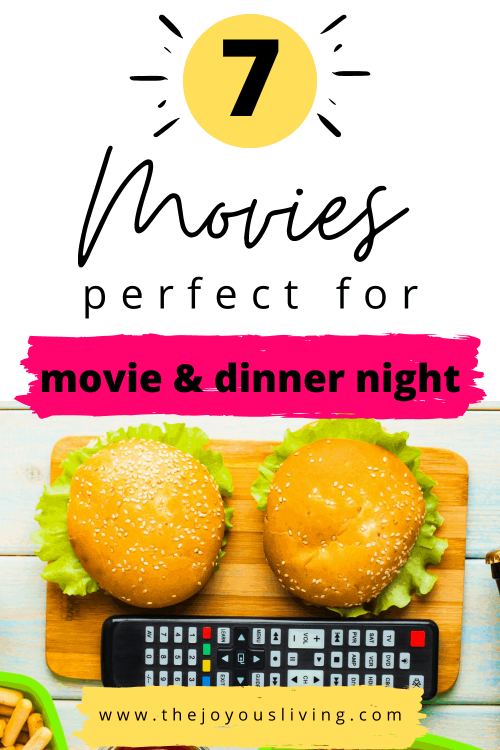 Let’s celebrate Eat What You Want Day with 7 fascinating food movies to watch!!! Fancy stuffing yourself with some of your favorite sweets and decadent treats? In honor of today’s man-made holiday, I have put together a fun list of 11 foodies’ favorite movies that will tickle your tummy with delight. 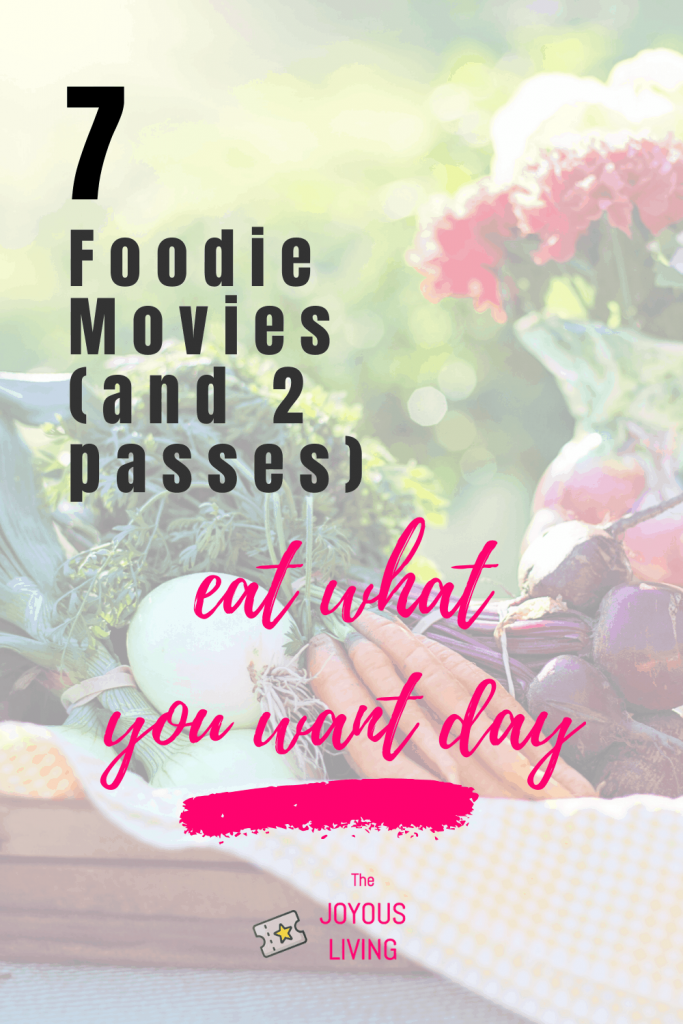 YES. Charlie and the Chocolate Factory with Johnny Depp and Freddie Highmore

Fans of Roald Dahl’s classic children’s book will likely have a favorite version of Charlie and the Chocolate Factory whether Gene Wilder or Johnny Depp. Personally, the actor who swayed me the most was the wonderful Freddie Highmore whom I loved in August Rush opposite Keri Russell (Mission Impossible 3) and Jonathan Rhys Meyers (The Tudors).

Mick LaSalle of the San Francisco Chronicle said it perfectly when he described Freddie Highmore‘s performance as “sincere, deep and unforced in a way that’s rare in a child actor”.

NOT. Chocolat with Johnny Depp and Juliette Binoche

Allow me to preface this by saying that I previously bought the DVD of this movie and threw it away after one viewing due to my beliefs that this movie is ANTI-Catholic and ANTI-Lent.

This movie probably has one of the most delicious scenes in film history — in the finale when Juliette Binoche’s character makes a chocolate feast for her friends. And Johnny Depp with his pony tail is very yummy looking too.

Rating: PG-13 for a scene of sexuality and some violence

Johnny Depp doesn’t like the taste of good chocolate. He prefers the cheap Easter Bunny type.

Fans of GIGI and An American in Paris will recognize Leslie Caron as Madame Audel.

Crazy Rich Asians is a feast for the eyes about an Asian-American who goes with her Chinese boyfriend to a wedding in Singapore. Foodies will love the amazing street food scene at the beginning of the Singapore holiday.

The bartenders at The Astor Bar inside the St. Regis Hotel Kuala Lumpur, a film location where socialite Astrid Young Teo, played by Gemma Chan, is introduced, had created a cocktail called ‘The Astrid’. The concoction consisted of Jose Cuervo silver tequila, pomegranate juice, lemon bitters, and elderflower foam.

NOT. Good Burger with Kenan Thompson and Kel Mitchell

While I am the first to admit a love for a good burger (May is National Burger Month), this youthful comedy is a pass for me. Nickelodeon’s over-the-top comedy suffers from a poor script, bad jokes and way too many sight gags and puns.

The title was based on the skit “Good Burger” from the Nickelodeon show All That.

YES. Julie and Julia with Meryl Streep and Amy Adams

Meryl Streep gives a splendid performance as legendary chef Julia Childs and Amy Adams is a contemporary blogger Julie Powell who was one of the pioneering food bloggers of our time.

Judith Jones (Julia Child’s editor), when asked about her opinion of Julie Powell, was quoted as saying:

Flinging around four-letter words when cooking isn’t attractive, to me or Julia. She didn’t want to endorse it. What came through on the blog was somebody who was doing it almost for the sake of a stunt. She would never really describe the end results, how delicious it was, and what she learned. Julia didn’t like what she called ‘the flimsies.’ She didn’t suffer fools, if you know what I mean.

Ratatouille was the 8th Pixar/Disney collaboration featuring computer animation about a Tiny Chef (a rat named Remy) and his friend, Alfredo Linguini, whom he secretly teaches to cook in the city of Paris.

It was thanks to this movie that I first learned of ratatouille (the vegetable stew) and was inspired to try it at home. One of the closest recipes I could find to the one in the movie was care of Family Cookbook Project.

Veteran Disney animator Victor Haboush, who worked on Sleeping Beauty (1959), Lady and the Tramp (1955), and One Hundred and One Dalmatians (1961), called this movie “the best animated film since Pinocchio (1940)”.

The animation team worked alongside chef Thomas Keller at his restaurant French Laundry in order to learn the art of cooking. Mr. Keller also appears in a cameo role as the voice of a patron at Gusteau’s.

Héctor Elizondo (“Last Man Standing“) stars as a semi-retired Mexican-American chef who has lost the senses of smell and taste since his wife’s death but still cooks elaborate, multi-course meals for his family and friends.

The movie has no profound message but is a feel-good movie about family, food and love.

Mary Sue Miliken and Susan Feniger cooked the food for the movie.

Vatel has been commissioned with making a feast to impress King Louis XIV. The costume movie is a scrumptious feast for the eyes and will interest history buffs and foodies alike.

Keri Russell stars as a waitress who feels trapped in an abusive marriage and presented with an unwanted pregnancy. Cheryl Hines is a fellow waitress, Nathan Fillion is her OB/GYN, and Andy Griffith plays Joe the owner of the cafe.

Fans of pies will enjoy both the musical and movie where Jenna (Russell) makes pies based on her emotions such as “Pregnant, Miserable, Self-Pitying Loser Pie,” which combines lumpy oatmeal and fruitcake.

The movie served as the inspiration for the musical Waitress by Sara Bareilles. 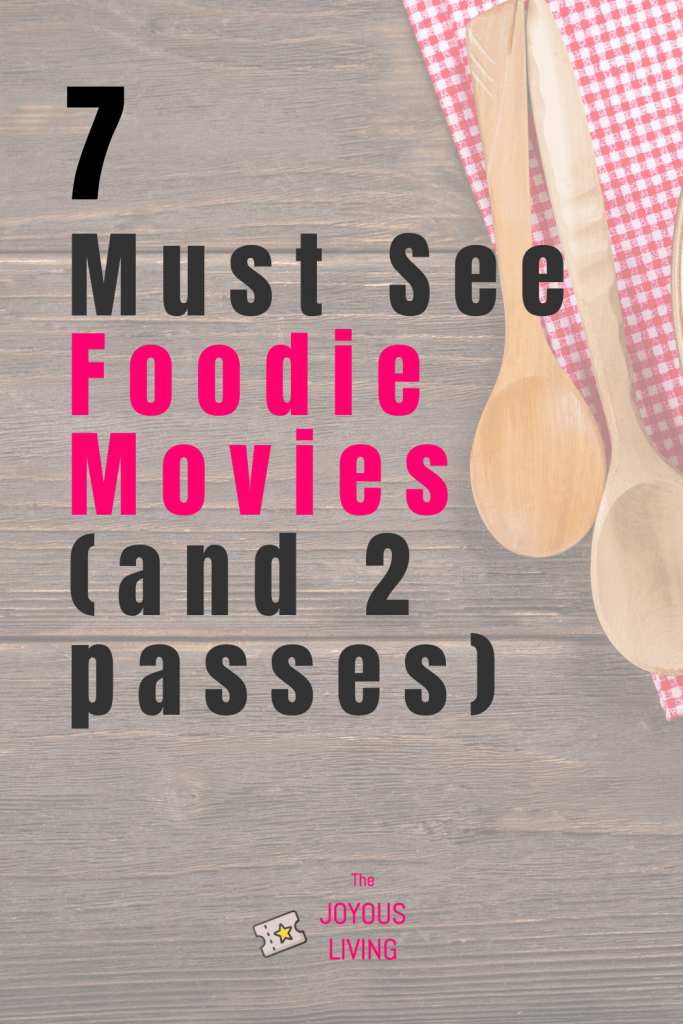 What sweet are you planning on indulging in for National Eat What You Want Day?