Over the last 92 years, Walt Disney’s Animation Studios has created some of the most lovable and memorable characters in cinematic history such as Bambi and Thumper (Bambi), Mike and Sully (Monsters, Inc.), Jaq and Gus (Cinderella), The Walrus and The Carpenter (Alice in Wonderland) and Baloo and King Louie (The Jungle Book). This year they introduce two equally lovable new furry characters: Judy Hopps (voiced by Gennifer Goodwin) and Nick Wilde (Jason Bateman) in Zootopia.

Is Zootopia a family-friendly film?

— The movie is full of important moral messages about courage, perseverance, forgiveness, friendship, helping others and the importance of never giving up.
— Stereotypes are attacked. All bunnies are not timid, foxes can be trusted, and the bad guy is not always the perceived predator.
— Cops are favorably shown as diverse heroes in the community of Zootopia. Even the stereotypical cop who loves his donuts, Clawhauser (voiced by Nate Torrence), is exceedingly lovable.

— There is a scene at Mystic Springs Oasis involving animal nudity.

Yax the Yak (voiced by Tommy Chang) is quite funny, enlightened, and full of great insight that helps Judy Hopps and Nick Wilde with their case. Unfortunately, the scene also tries to evoke laughs by having animal nudists in varying yoga poses.

Since this is a PG comedy, nothing is shown but enough is implied that laughter is more a result of feeling awkward to being truly entertained.  Likely this will go over the head of the younger children in the audience but why Disney felt the need to include this scene is beyond me.

— It is implied that Judy Hopps’ mom and dad gave up on their dreams to be parents of over a hundred children and carrot farmers. Who says that there aren’t hundreds of people (animals) whose dreams are to be parents and/or farmers? Prejudice is addressed positively in the film but this is one glaring omission.

— Another of the film’s best characters, Mr. Big (Maurice LaMarche), is inspired by Vito Corleone (The Godfather) and Tony Montana (Scarface). He is a crime lord who is not afraid of “freezing” his enemies.

The inclusion of his character and the above mentioned Yax the Yak suggests that this is a film intended for an adult audience because what child is going to be entertained by The Godfather spoof?

— There are some scary scenes involving predators who appear to have gone mad on the attack and behind bars in a hospital. Another scary scene involves a train crash and explosion.

Verdict – is Zootopia Appropriate for Kids?

So how appropriate is Disney’s Zootopia for your children? It is a tough one because of different aspects including:

– The questionable characters and their jokes will go over the heads of little ones.
– The scary scenes could be too intense for sensitive little ones.
– The film goes about 30 minutes too long and there are heavy segments that allow for few to no laughs from little ones during the second half of the film.
– The witty one-liners (eg. “not just some token bunny”) get old and tiring pretty fast. Kids won’t grasp the humor behind these lines but parents will feel like they have heard them one too many times.

So while Nick and Judy are lovable, they will likely not go down in the hallmark of fame of Disney animated pairs. Nor does Zootopia score on the same level as Pixar’s Inside Out from last year. But I will leave it to you lovely readers to decide for yourself… And help yourself to this fun worksheet courtesy of Disney to make your own Hexaflexagon. 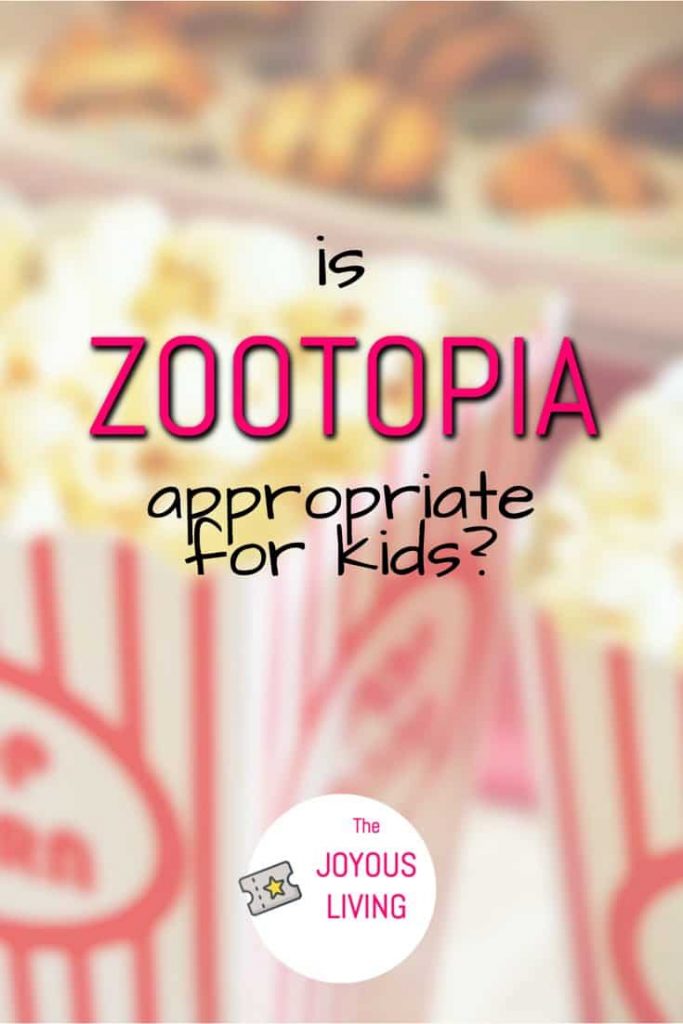