Hi Guys. Can you believe that December is just around the corner or actually TOMORROW! Where has the time gone?

I want to share some favorites that are available to watch on Amazon Prime (try your 30 day free trial that includes free 2 day shipping during the holidays!) —

What to Watch for Free (New in December):

1. Doctor Strange (Marvel, PG-13). December 1. If you are a Marvel fan, you will likely have already seen Doctor Strange in the cinemas or on Netflix but now it is also available on Amazon Prime for family watching.

Parent Note – the language is mild with one “s–t,” two uses of “a–hole” and an “ass.” There is also frequent comic-book action fight scenes with bloody wounds, a beheading, a scary fall through glass, and other brief, scary moments.

2. The Firm (1993, R) is returning to Amazon Prime for free on December 1. This is probably one of Tom Cruise’s best roles as a young and ambitious attorney who must choose between right and wrong in this John Grisham thriller. [If you haven’t read the book, I’d HIGHLY recommend it.]

Parent Note – there is considerable discussion of (off screen) violence, corruption, and sexism. Mitch (Tom Cruise) has an affair, there are numerous uses of foul language (F words included) while a couple of characters are killed on screen.

3. Valkyrie (2008, R) is an WWII thriller based on the true story of the assassination attempt aimed to kill Adolf Hitler on 20 July. Tom Cruise once again is the star and took some flack when the movie came out for not using a German accent and also for his membership in the church of Scientology that was looked upon with suspicion in Germany at the time. I actually visited the former Bendler Block where Stauffenberg and his co-conspirators worked and were later assassinated. #Chills

Parent Note – There is one use of the F word and plenty of on screen battlefield violence and also several on screen executions by gun.

4. Vanity Fair (2018, TV-MA) is a new miniseries coming to Amazon Prime on 21 December after a successful run on iTV in the UK. I always enjoy a well made period piece but am skeptical of any adaptation of Thackeray’s worldly novel that is a “novel without a hero”. Interestingly this series is supposedly aimed at a modern audience but in a day and age when we have Kardashians who make sex tapes and pose in Playboy to be famous, how shocking will Becky’s actions be?

5. Iron Man 2 (Marvel, PG-13) is coming to Amazon Prime on Christmas Day. Robert Downey Jr. is definitely my favourite of the Marrvel superhero actors. He has done such a great job making Iron Man his own and this may in fact be the best of the series.

Parent Note – There’s a great deal of sexual innuendo, a woman is shown in her bra and others are scantily clothed, there’s lots of explosions and fights, several dead bodies are shown but hardly any blood and language is peppered throughout the movie including several uses of the Lord’s name in vain and d**n.

1. Jesus of Nazareth (1977) this is my favourite live action miniseries/movie about the life of Jesus with an all star cast including Sir Laurence Olivier as Nicodemus and Christopher Plummer as Herod Antipas.

2. The Man Who Invented Christmas (2017, PG) is on my list for Christmas this year. It stars Dan Stevens, Christopher Plummer and Jonathan Pryce.

3. Christmas Cartoons is always a fun watch with animations such as Rudolph the Red Nosed Reindeer (1948) and the somewhat creepy 1934 Jack Frost.

4. Christmas With the Kranks (2004, PG) is one of my favorite Christmas movies to watch as a family with lots of laughs thanks to Tim Allen and Jamie Lee Curtis.

5. The Nativity (2006, PG) is a fantastic version of the nativity story that has become a yearly tradition to watch every Christmas. Currently available to buy or rent on Amazon.

6. A Charlie Brown Christmas (1965, NR) is a timeless and beautiful Christmas classic staple. When Linus tells Charlie, “that’s what Christmas is all about” you just want to cheer. Currently available to buy on Amazon digitally and on DVD/Blu-Ray.

What to Rent or Buy on DVD/Blu Ray: 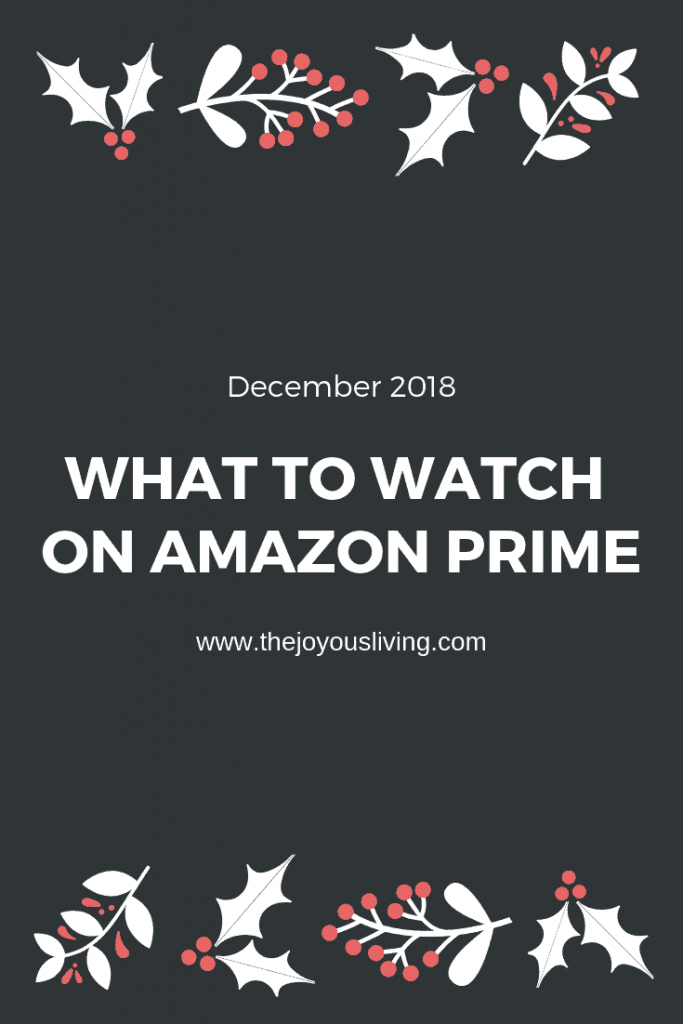 9 Comments on December: What to Watch on Amazon