Filmmakers & special guests explored the Writer’s art and legacy in Conversations on Hemingway in anticipation of the Ken Burns and Lynn Novick HEMINGWAY three-part documentary coming to PBS!

North American fans of Ernest Hemingway will have the rare opportunity to register for one of nine FREE virtual events hosted by PBS and their partners. Each event is FREE but requires a reservation due to limited space and unfortunately the events are limited to United States fans only. The hour long events will be hosted on Zoom and include discussions with the likes of Ken Burns, Lynn Novick and Joyce Carol Oates. Clips from the upcoming series will also be shown.

Feb. 23 Hemingway and Childhood, in partnership with WTTW and Chicago Public Library

Feb. 25 Hemingway, Journalism and War, in partnership with Kansas City PBS and the Kansas City Star

March 2 Hemingway and the Natural World, in partnership with Idaho Public Television and The Community Library/Hemingway House

March 4 Hemingway and Celebrity, in partnership with PBS SoCal and the Los Angeles Times

March 9 Hemingway, the Sea and Cuba, in partnership with South Florida PBS, FIU’s Casa Cuba, and The Ernest Hemingway Home and Museum

March 11 Hemingway, Gender and Identity, in partnership with The WNET Group and the Center for Fiction

March 16 Hemingway the Author, in partnership with GBH, the John F. Kennedy Presidential Library and Museum, and the National Archives

March 18 Hemingway and Biography, in partnership with WETA and Georgetown University

March 24: Hemingway and Women, in partnership with The New York Review of Books

And don’t forget to save the date for the premiere of the 3 part documentary in April 2021 brought to you by Ken Burns and Lynn Novick.

“HEMINGWAY is both an intimate, turbulent family saga and an examination of some of the greatest works of American literature in the 20th century. The documentary attempts to go beyond prevailing assumptions about Ernest Hemingway and his writing. At the same time, we are unsparing in our inquiry into less well-known aspects of his character and writing. Our intent is to offer viewers an honest portrayal of a complex and conflicted writer who left an indelible mark on literature.”

“In an era when Americans are re-evaluating so many icons, Hemingway is a particularly compelling figure to revisit. He was hugely complicated, deeply flawed, and he truly revolutionized the art of writing. One of the great revelations of this project was sitting down with renowned writers from around the world—Mario Vargas Llosa, Edna O’Brien, Abraham Verghese, Leonardo Padura, Mary Karr—and hearing share their insights into Hemingway’s work and why he is still important today.”

Hemingway the Documentary Film by Ken Burns and Lynn Novick will feature A-List Actors lending their voice to Hemingway and his four wives.

Narrated by long-time collaborator Peter Coyote, the series features an all-star cast of actors bringing Hemingway (voiced by Jeff Daniels), his friends and family vividly to life. Through letters to and from his four wives—voiced by Meryl Streep, Keri Russell, Mary-Louise Parker and Patricia Clarkson—the film reveals Hemingway at his most romantic and his most vulnerable, grappling at times with insecurity, anxiety and existential loneliness.

“I’ve always admired Hemingway’s writing. The power of his simplicity changed literature. Reading his published work along with his unpublished letters gave me new insight into his impact as an artist and the ultimate tragedy of his life.”

If you are a teacher, you’ve probably heard of PBS LearningMedia, a free service that includes thousands of contextualized learning materials aligned to state and national standards. They will be offering a host of educational offerings related to HEMINGWAY for middle and high school teachers.

Resources will include: video clips, activities, discussion questions and lesson plans focusing on a range of topics relevant to English Language Arts, social studies, media literacy and health teachers, and include suggestions for incorporating these materials into remote learning environments.

PBS and WETA will also offer virtual professional learning opportunities for educators to help them navigate the resources and build the skills to bring topics related to Hemingway’s life and writing to life in their classrooms. 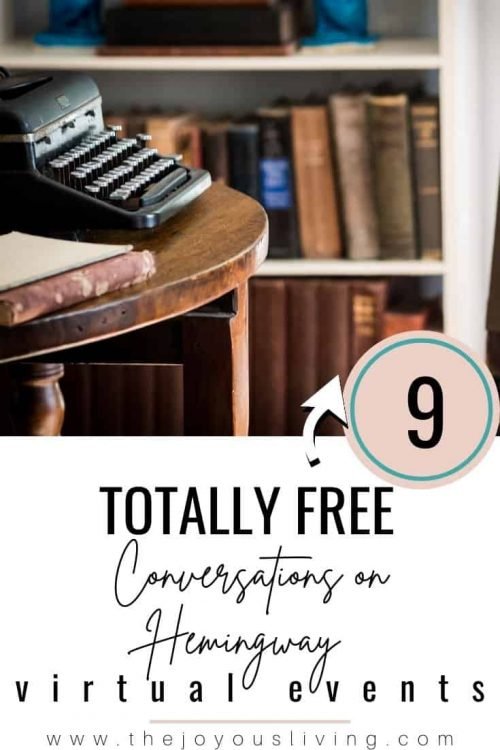