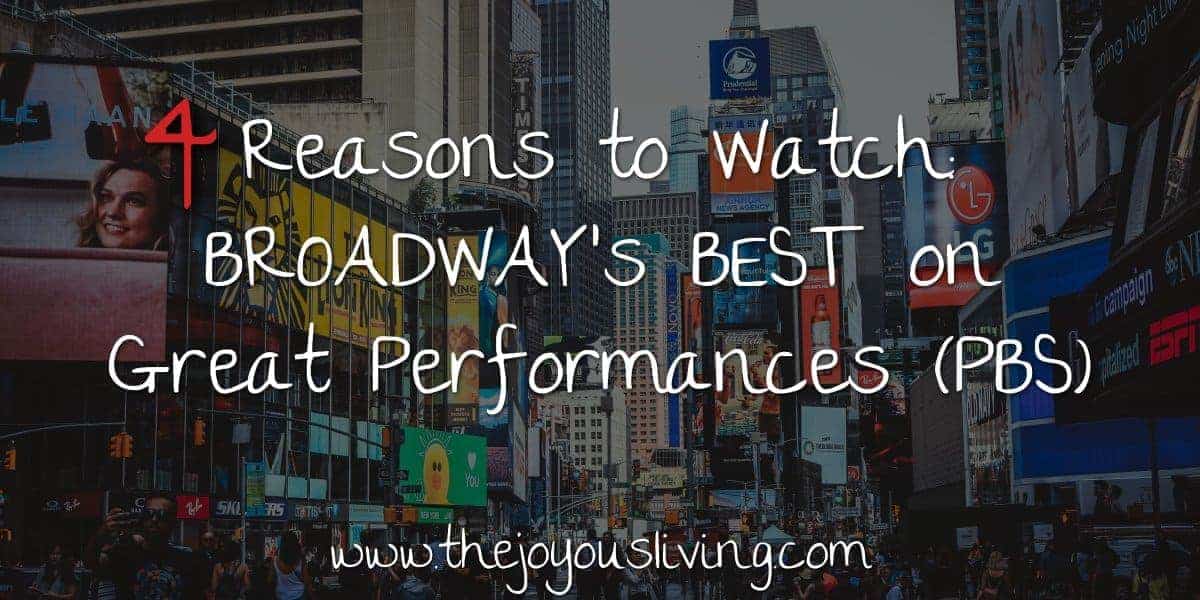 #1 – The U.S. broadcast premiere of “AN AMERICAN IN PARIS: THE MUSICAL”!

Described as an extended symphonic tone poem, George Gershwin’s 1928 composition “An American in Paris” was commissioned by conductor Walter Damrosch and rapidly became one of his most famous compositions. The 1951 MGM film starring Gene Kelly was inspired by Gershwin’s score and became one of the studio’s most acclaimed and famous movie musicals, winning six Academy Awards. In 2015, Paris finally came “home” to Broadway in a thrilling new stage adaptation of the film, directed and choreographed by dance wunderkind Christopher Wheeldon, which earned four Tony Awards.

My Thoughts: It’s the perfect show to get you excited and in the mood for An American in Paris coming to Thousand Oaks, California, thanks to American Theatre Guild.

Beloved by generations of audiences worldwide, “The Sound of Music” tells the inspiring true story of the von Trapp Family Singers and their escape from Austria during the rise of Nazism. Rodgers and Hammerstein’s 1959 hit stage musical garnered five Tony Awards, including Best Musical, and the blockbuster 1965 movie adaptation won five Oscars, including Best Picture.

Cinematically photographed on adjoining sound stages, the production offers a more naturalistic interpretation of this great classic of the American musical theater. Among the many classic songs featured in the score are “The Sound of Music,” “My Favorite Things,” “Do-Re-Mi,” “Climb Every Mountain,” “Edelweiss” and more.

My Thoughts: The show is worth seeing for Maria Friedman’s “Climb Every Mountain” alone but she is surrounded by an equally strong cast and the cinematography is beautiful and very natural. My only disappointment is that when the show came over to the United States there seemed to have been some choppy edits meaning songs were abbreviated.

Beginning his career as a stand-up comic in the early 1980s, John Leguizamo garnered early-career acclaim in 1993 with his memorable role in “Carlito’s Way,” which led to an extensive film and television career including roles in “To Wong Foo…,” “Romeo + Juliet,” “Moulin Rouge” and many more. But it has been in the theater that Leguizamo has been able to fully display his quicksilver comic brilliance and insightful social consciousness in a series of one-man shows: “Mambo Mouth,” “Spic-O-Rama,” “Freak,” “Sexaholix…A Love Story” and “Ghetto Klown.”

In partnership with Latino Public Broadcasting’s arts and culture series VOCES, Great Performances presents this behind-the-scenes documentary chronicling Leguizamo’s latest theatrical showcase, “Latin History for Morons.” This comic yet pointed look at the repression of Latino culture in America follows Leguizamo’s journey through his own family history to his first-ever comedy club tour and to Off-Broadway workshops of the new show. Along the way, Leguizamo navigates the challenges of writing (and re-writing) history lessons intended to enlighten and entertain.

My Thoughts: “Latin History for Morons” will be playing at the Ahmanson Theatre from 5 Sept – 20 Oct 2019.

This Great Performances retrospective celebrates the extraordinary career of producer and director Harold Prince, whose seven decades in the theater spans from Broadway’s “Golden Age” to the contemporary blockbusters of today.

Winner of 21 Tony Awards (the most of any individual), Prince’s peerless résumé includes such legendary shows as “West Side Story,” “Fiddler on the Roof,” “Cabaret,” “Company,” “Follies,” “Sweeney Todd,” “Evita,” “The Phantom of the Opera” and many more.

In addition to archival clips, this fascinating performance-documentary includes interviews with many of Prince’s renowned collaborators, including Stephen Sondheim, Andrew Lloyd Webber, Mandy Patinkin, John Kander, Susan Stroman, Angela Lansbury and others, all sharing their firsthand insights into his pioneering achievements in the theater.

Great Performances is produced by THIRTEEN Productions LLC for WNET, one of America’s most prolific and respected public media providers. Throughout its more than 40-year history on public television, Great Performances has provided viewers across the country with an unparalleled showcase of the best in all genres of the performing arts, serving as America’s most prestigious and enduring broadcaster of cultural programming. Bill O’Donnell is series producer and David Horn is executive producer.