Bridgerton Season 2 premieres on Netflix on March 25, 2022. But how does it compare to the first season and the source book, The Viscount Who Loved Me?

SPOILERS: If you have not read The Viscount Who Loved Me (Book #2 in the Bridgerton series by Julia Quinn) please be aware that there will be some slight spoilers referenced in this review.

From Shondaland and Creator Chris Van Dusen, the second season of Bridgerton follows Lord Anthony Bridgerton (Jonathan Bailey), the eldest Bridgerton sibling and Viscount, as he sets out to find a suitable wife. Driven by his duty to uphold the family name, Anthony’s search for a debutante who meets his impossible standards seems ill-fated until Kate (Simone Ashley) and her younger sister Edwina (Charithra Chandran) Sharma arrive from India.

When Anthony begins to court Edwina, Kate discovers the true nature of his intentions — a true love match is not high on his priority list — and decides to do everything in her power to stop the union. But in doing so, Kate and Anthony’s verbal sparring matches only bring them closer together, complicating matters on both sides. Across Grosvenor Square, the Featheringtons must welcome the newest heir to their estate while Penelope (Nicola Coughlan) continues to navigate the town whilst keeping her deepest secret from the people closest to her.

Bridgerton is a romantic, scandalous, and clever series that celebrates the timelessness of enduring friendships, families finding their way, and the search for a love that conquers all.

The series is loosely based on Julia Quinn’s books.

The Viscount Who Loved Me Vs. Bridgerton Season 2

Fans of the Julia Quinn bestselling The Bridgerton Series will be excited to watch Anthony and Kate’s romance blossom on screen. However, how does the Netflix series compare to the book?

Sadly, the book that many fans would call their favorite fails to entice the viewers on screen. And for that, I fault the screenwriters who have decided to spend more time focusing on Queen Charlotte, Eloise, Lady Featherington, Colin, Benedict, and Penelope.

Key scenes from the courtship of Kate and Anthony are sadly missing and/or drastically altered. For instance, fans might recall a scene involving a walk with Newton, the overweight Corgi, that had readers in stitches with laughter. Sadly that scene is entirely missing and Newton is a mere extra in the season.

Another prominent scene involving a bee sting does take place in episode three of Bridgerton Season 2. However, the scene ends drastically different on screen versus the book. That scene alone made me want to stop watching the season but for your sake, dear reader, I have continued so I could give you this review.

While they do have their happily ever after, it is a twisted and somewhat laborious road that leads us up to the grand finale in episode 8.

Will Pall Mall Be Featured in Bridgerton Season 2? 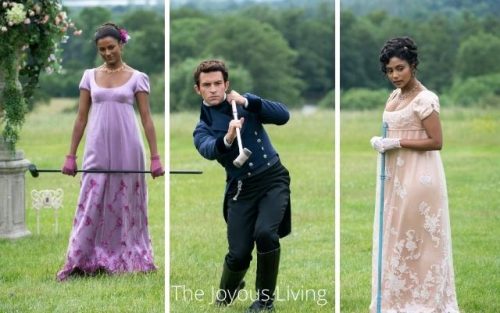 On a happy note, fans will love the two Pall Mall scenes that are featured in the show. One is a rather lengthy scene similar to the book involving the Bridgertons and Kate Sharma (formerly Sheffield in the books).

For those who have not read the book, Pall Mall is, by definition, “a game, popular in the 17th century, in which a ball of boxwood was struck with a mallet in an attempt to drive it through a raised iron ring at the end of a playing alley.” 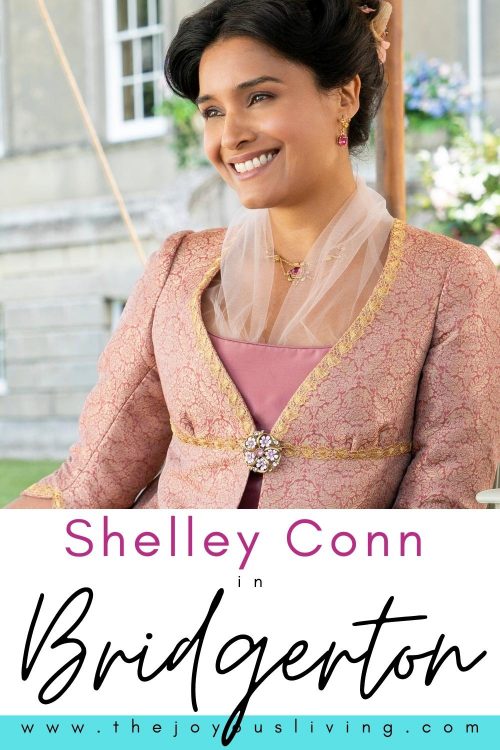 Don’t be turned off by my frank review of the book to screen adaptation. The season is commendable but just does not match the expectations set by Season 1 as can be expected with most t.v. series.

The show still offers some of the most gorgeous costumes of any regency period drama EVER thanks to Costume Designer Sophie Canale!

In a Q&A, Ms. Canale said that she loved incorporating the Sharma’s native India in the costume designs.

I’ve pushed forward their Indian origin through their costumes... For the Sharmas, I very much wanted to incorporate the dual colours of India and the ton.

Kate is the strongest character in that family so you can see that in her bolder colour palette. She has a very strong connection  to her home, so I’ve kept that in all of her colours.

Edwina Sharma has arrived in this new world in London and she really wants to be accepted, so I’ve kept her in softer colour palettes. We do have some pops of pinks to represent her origin, but I did want to keep her in this really soft, naive colour palette so she is closer to the Bridgerton palette.

And Mary Sharma, their mother, is in softer pink tones because she herself is softer, more vulnerable.

Hands down, I would say that this season belongs to the mothers (and maternal figures). While we have the romance between Kate and Anthony and the drama revolving around Lady Wistledown, the heart of Bridgerton Season 2 comes in the maternal moments whether soft or authoritarian. For that, we must give proper due to Adjoa Andoh (Lady Danbury), Ruth Gemmell (Lady Violet), Polly Walker (Lady Portia), and this season’s newcomer Shelley Conn (Mistresses) as Lady Mary.

This women would give anything for their families and loved ones. And audience members of any age can appreciate their dedication and love. There were definite times when I wanted to start applauding a speech given by Ladies Violet and Mary or Lady Portia even.

When I look back at the season as a whole, Adjoa Andoh, Shelley Conn, Ruth Gemmell, and Polly Walker, gave my favorite performances. Here’s to hoping we’ll see more of Shelley Conn in Season 3 when Edwina joins Eloise and Penelope back in the great “marriage mart” of London.

For Lady Violet’s love story, you can read a novella featured in the latest edition of The Bridgertons: Happily Ever After.

And if you can’t get enough of Lady Danbury, she is also featured in the Smythe-Smith series.

Thoughts About the Future of Bridgerton

What’s to come next?

Book 3 in the series, An Offer From a Gentleman, is the ultimate Cinderella story featuring Benedict and Sophie Beckett, who serves as Eloise’s lady’s maid. We have heard mention in Season 2 that Anthony is in search of new staff which hints that Sophie will soon be on the horizon but we do not see her yet.

Book 4 in the Bridgerton Series, Romancing Mister Bridgerton, is Colin’s love story with Penelope. [Mild Spoiler] A key line that Colin utters at the beginning of book 4 happens in the season finale of Season 2. Does that mean we will be seeing their romance fast tracked to season 3 versus 4?

Book 5 in Julia Quinn’s series, To Sir Phillip, With Love, is Eloise’s turn to shine when she falls in love with and marries Sir Phillip Crane (aka. Miss Marina Thompson’s husband) which means a lot is going to have to happen. For instance, Marina dies before the beginning of book 5 which inspires Eloise to pen letters to Sir Phillip. In the Julia Quinn timeline, Penelope and Eloise’s stories are intertwined and take place in about the same time. So easily we could see Season 4 focus on both Penelope and Eloise’s romances.

Also, Book 6 of the Bridgerton Series, When He Was Wicked, starts when Francesca has already been married for several years. So it shall be interesting to see if she has her coming out and marriage in Season 3 of Bridgerton on Netflix. Would definitely be nice to see Francesca coming out of hiding on the Netflix series.

And it would be so wonderful to see a Smythe-Smith make a cameo on screen or for a character to start reading Miss Butterworth and the Mad Baron (Released May 2022) although I doubt anyone could do the reading as must justice as Sebastian Grey in What Happens in London (Bevelstoke Book 2).

And here’s hoping we will see some East Asian, Spanish, and perhaps even American representation in the future season of Bridgerton.

Hope you enjoy the series with its gorgeous costumes and stunning set designs!

Where to Watch Bridgerton Season 2?

What are your predictions for the future of Bridgerton? Do share in the comments below! 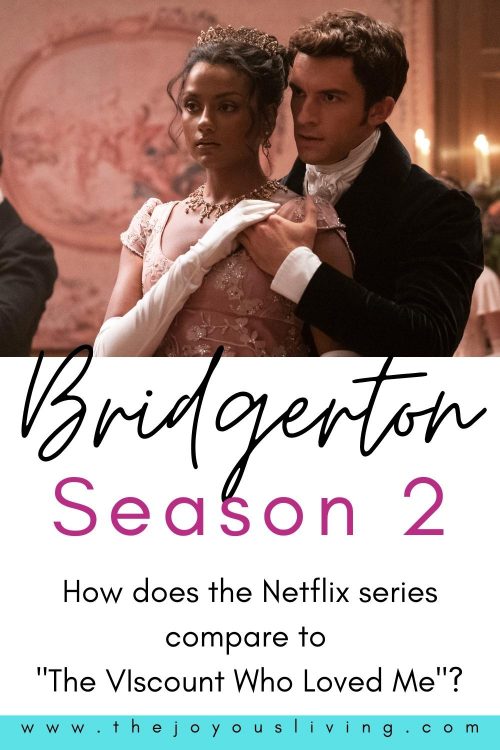