Tomorrow is the big day. In case you’ve been living under a rock for the past few weeks, you will have seen numerous commercials for FOX‘s The PASSION that will be performed and filmed LIVE in New Orleans on Palm Sunday (20 March 2016).

Despite the flashy television spots and big names, are you still left unsure. Well then pull up a chair and lets get the 4-1-1 together…

International fans can watch the broadcast thanks to Netflix starting 22 March 2016 (Netherlands is the only exception this blogger is aware of).

And for those who miss the broadcast on Sunday, it will be available to stream on DEMAND and Fox apps starting Monday, 21 March 2016.

The production has been written by Peter Barsocchini of High School Musical fame and tells the story of Jesus’ last hours in a contemporary setting on the streets of New Orleans. Music Producer Adam Anders (Glee, Rock of Ages) has put together and especially re-arranged modern hits including “Mad World” and “Unconditionally” to tell the story of Jesus of Nazareth from the Last Supper to his resurrection. Describing the music, Anders said:

“All the songs are modern hits. There’s no Christian songs. There’s no
religious songs at all. When you go through the hits from the last couple
decades, it’s unbelievable how many No.1 songs have religious
messages.” 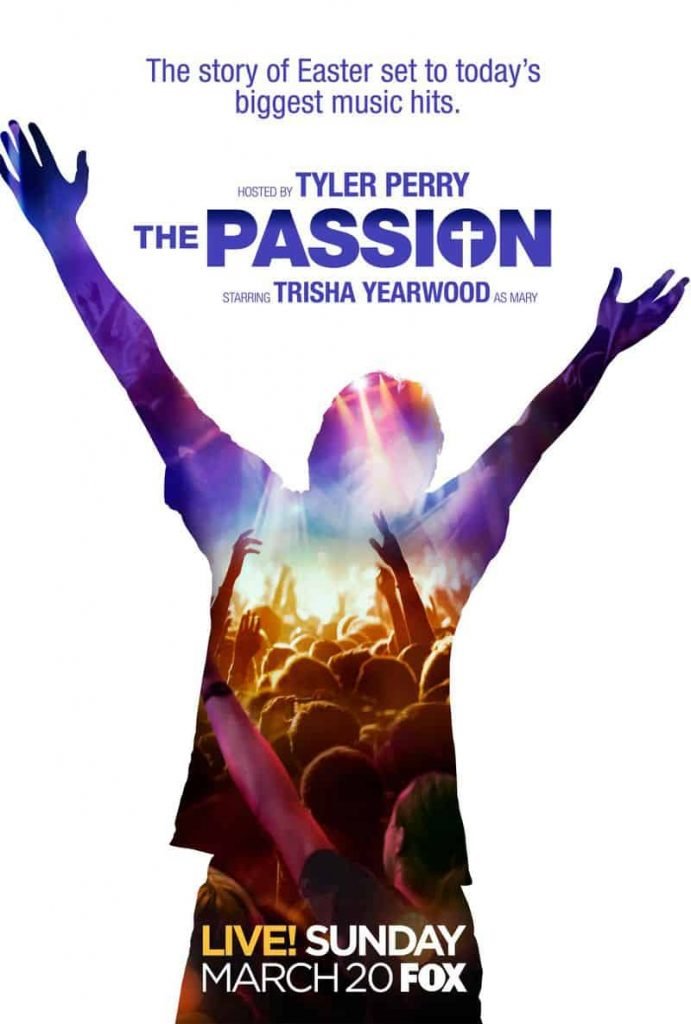 The PASSION will be told in a couple parts — the processional of the 20-foot illuminated cross through New Orleans, culminating on stage at Woldenburg Park in front of a live audience of up to 30,000 audience members, and the mini musical scenes featuring the all-star cast.

Unfortunately for anyone who wants to try to get into the action tomorrow, tickets for both the processional and audience at Woldenburg Park are sold out.

So who is tuning in tomorrow with me? Enjoy and God bless us all!! For my review of the soundtrack click here.