5 things to know about BRAZEN on Netflix. 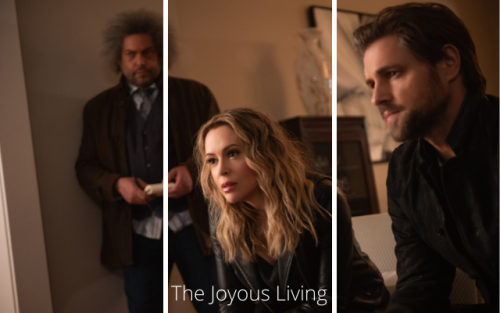 Official Description of BRAZEN on Netflix

Prominent mystery writer and crime expert, Grace (Alyssa Milano), hurries back to her family home in Washington, D.C. because her estranged sister summons her. When her sister is killed and her double life as a webcam performer is revealed, Grace ignores the warnings of cool-headed detective Ed (Sam Page) and gets involved in the case.

Similarities Between the Book and Movie

The main characters remain much the same and the villain is the same.

Therefore, fans of Nora Roberts’ book will not be disappointed.

Who is Alyssa Milano?

Alyssa Milano is an actor, producer, host, activist, entrepreneur, humanitarian and NY Times Best-Selling author. She hosts and produces the successful podcast, “Sorry Not Sorry,” which is also the name of her recently published book, a collection of essays about her life, career, and the humanitarian work at the heart of it all.

Her four-book middle-grade series with Scholastic began with the best-selling Hope, Project Middle School. Milano starred on the long running series “Charmed” and “Who’s the Boss” and has appeared in more than 20 films over the course of her career.

As an activist, Milano chooses to shine a spotlight on causes that matter deeply to her. Her advancement of #MeToo sparked a viral movement of women fighting against sexual harassment and assault.

She is active on the ERA Coalition’s Advisory Council. She is also the ACLU’s Ambassador for Reproductive Rights. In the wake of the mass shooting at Stoneman Douglas High School, Alyssa became one of the founders of NoRA, a coalition dedicated to combating the NRA money in political campaigns.

For 15 years, she has been a UNICEF National Ambassador. She has lobbied members of congress for greater rights for immigrants as well as education reform and has been on the forefront of efforts to protect health coverage for all Americans.

I’ve read many of the comments on Laura’s announcement of the Brazen Virtue adaption for Netflix, starring Alyssa Milano. And I’m simply and sincerely appalled.

The vitriol, the hatred, the anger, the bitterness and the demands are astounding to me.

By and large I keep politics off my pages. That’s my choice. Now many readers have dragged their own onto this page, so I’m going to state, for the record: I’m a liberal Democrat. Always have been, always will be. And as one, I’ve always believed everyone has a right to their political beliefs, and has a right to express their opinions. But I don’t have to tolerate insults and ugliness on my page.

For those who want to claim Freedom of Speech—look it up. This FB page isn’t the government. Some have comments on here using ‘liberal’ as a slur, an insult, equating it with communism. Others have used outright slurs against an actress, while claiming she should keep her opinions to herself. (No doubt those same people would be quick to assert their own First Amendment rights.)

Some will never read me again because Milano will headline this adaption. One reader stated she intended to BURN all my books in her collection for this choice of actress.

Think about that. Burning books. Get a visual? I sure do.

Another claims she can only support ‘like-minded’ artists. Really? I only imagine the books, songs, movies I’d have missed if I felt this way and refused to read, watch, listen to those who contributed to or performed them who hold different political viewpoints from my own.

Over this past long, hard year, we’ve lost over 400,000 friends, loved ones, neighbors to COVID. We’ve been isolated from each other, and I for one yearn for the company of my pals again. I wonder, truly, why this grief, this hardship hasn’t taught so many of us we need each other. Instead, as illustrated by that comment section, it’s hardened far too many into an us and them mentality.

The viciousness I read in too many comments below hurts my heart. And realizing because I’m a liberal Democrat, many of those comments are directed at me for that reason alone is a real eye-opener.

Watch the movie when it comes out, or don’t. But lobbing nastiness at an actress or threatening me doesn’t do anything but illustrate your own limitations.

Nora, “A Statement from Nora”

What is the Level of Sexual Content in Brazen on Netflix?

The movie is rated TV-14 due to fear, violence, language and sexual content.

There are several short scenes of dominatrixes in skimpy clothes on webcams and it is implied that a couple have sex but nothing specific is shown.

Who Should See Brazen on Netflix?

However, if you are easily put off by storylines that are not logical, this might not be the story for you. There is no way that the victim’s sister would be allowed by the police to work the case.

If that idea would drive you nuts, this is not the story for you.

More Movies and TV on Netflix 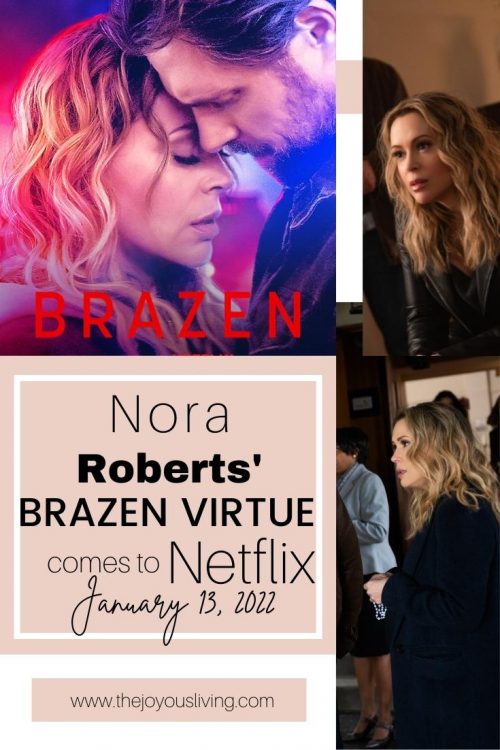