sharing is caring
One of the most famous attempted German Resistance attempts on the life of Adolf Hitler (20 July 1944) has been memorialised at the Gedenkstätte Deutscher Widerstand (German Resistance Memorial Centre). The centre is located in the historic section of the former headquarters of Colonel Claus Schenk Graf von Stauffenberg and his co-conspirators (Army High Command).  In fact in 1955, the street was changed to Stauffenbergstrafze in honour of the man. 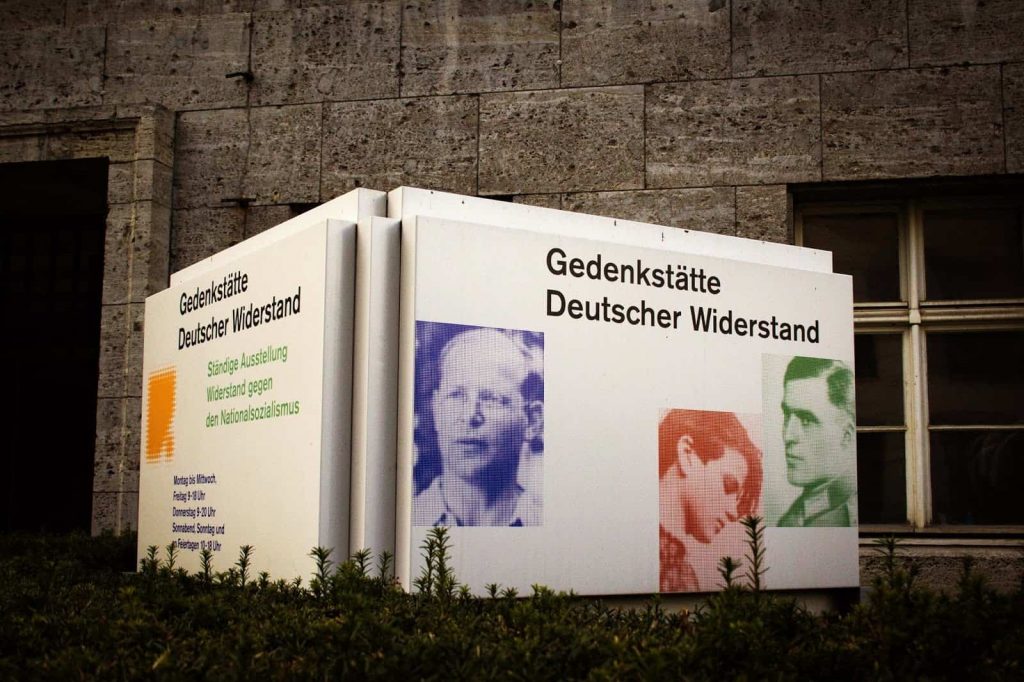 The centre’s primary focus is on the 20 July 1944 assassination attempt but additional panels and exhibits include: Sophie Scholl (The White Rose Movement) and Dietrich Bonhoeffer. 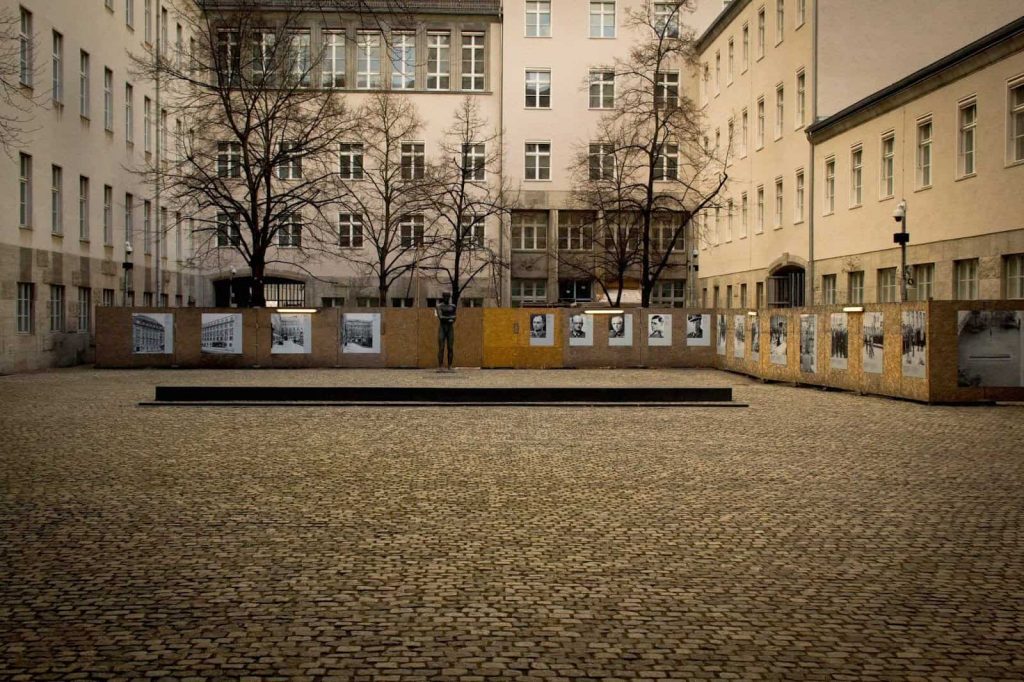 The courtyard of the former Bendler Block was dedicated to the memory of the officers executed on 20 July 1944. Mayor Ernst Reuter unveiled the courtyard and Professor Redslob’s statue on 20 July 1953. 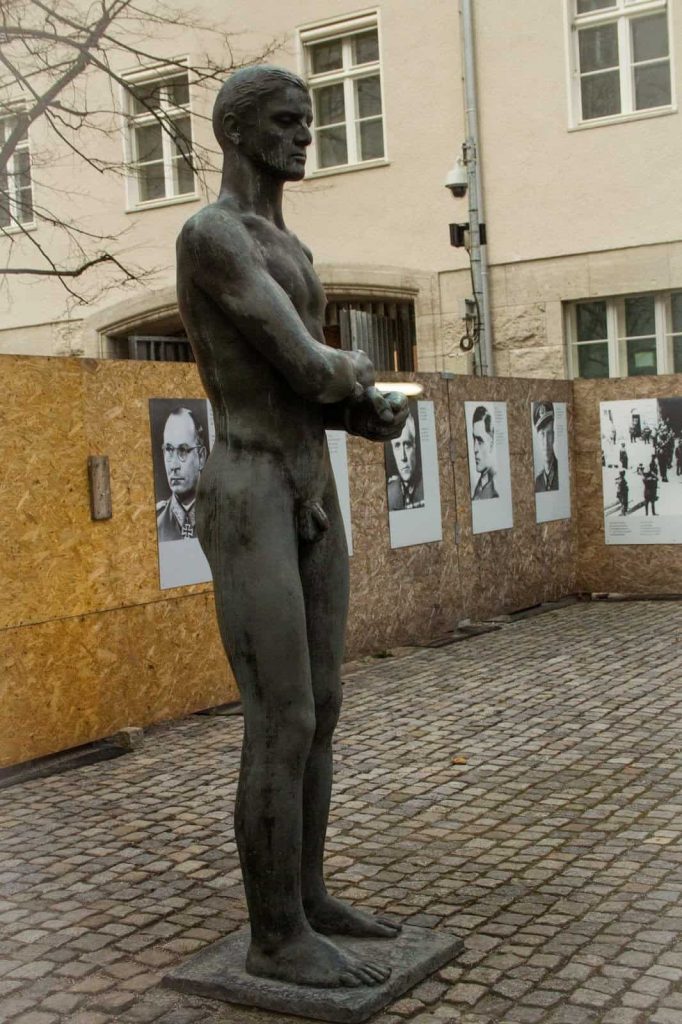 Designed by Professor Redslob, at the centre of the courtyard is a statue of a bound man in bronze.  Some believe that the statue represents Colonel Stauffenberg while others that he is a generic political prisoner. No matter the interpretation you subscribe to, the memorial is quite stirring. 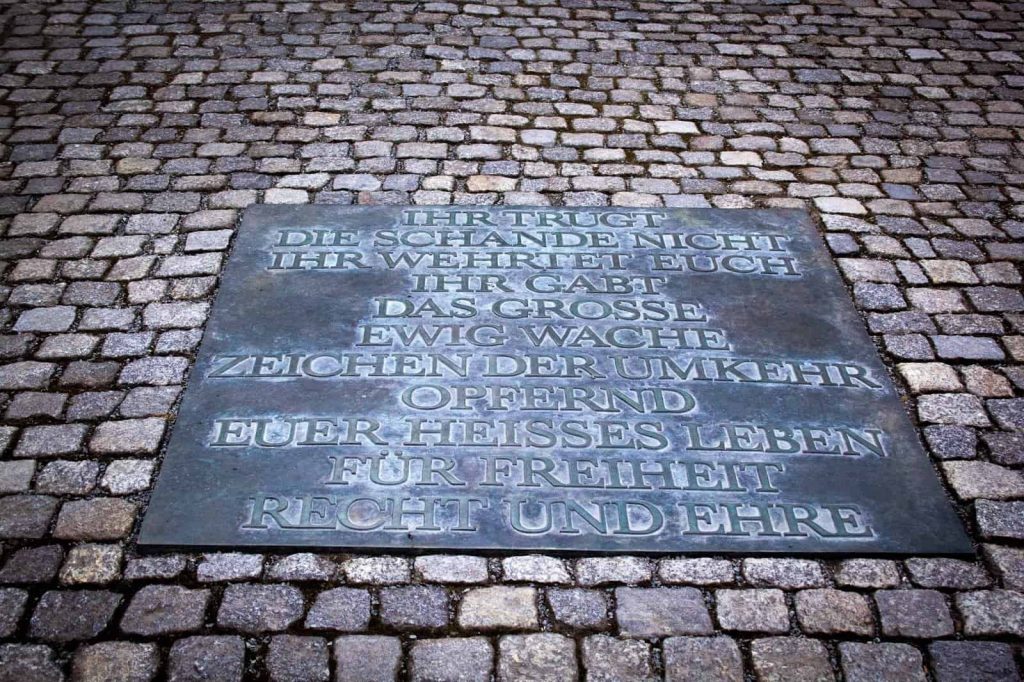 You did not bear the blame. You fought back. You gave the great, forever tireless sign of change, Sacrificing your glowing life for freedom, justice and honour.
– Professor Edwin Redslob 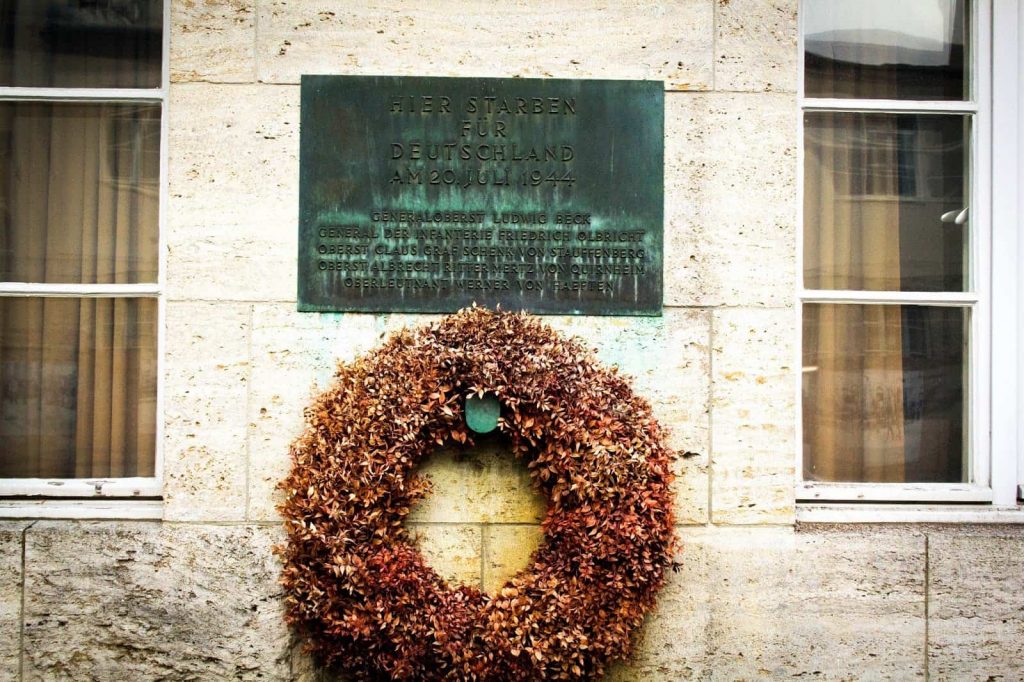 Seven years later on 20 July 1960, Mayor Franz Amrehn unveiled another memorial plaque in the courtyard bearing the names of all officers executed on 20 July 1944. 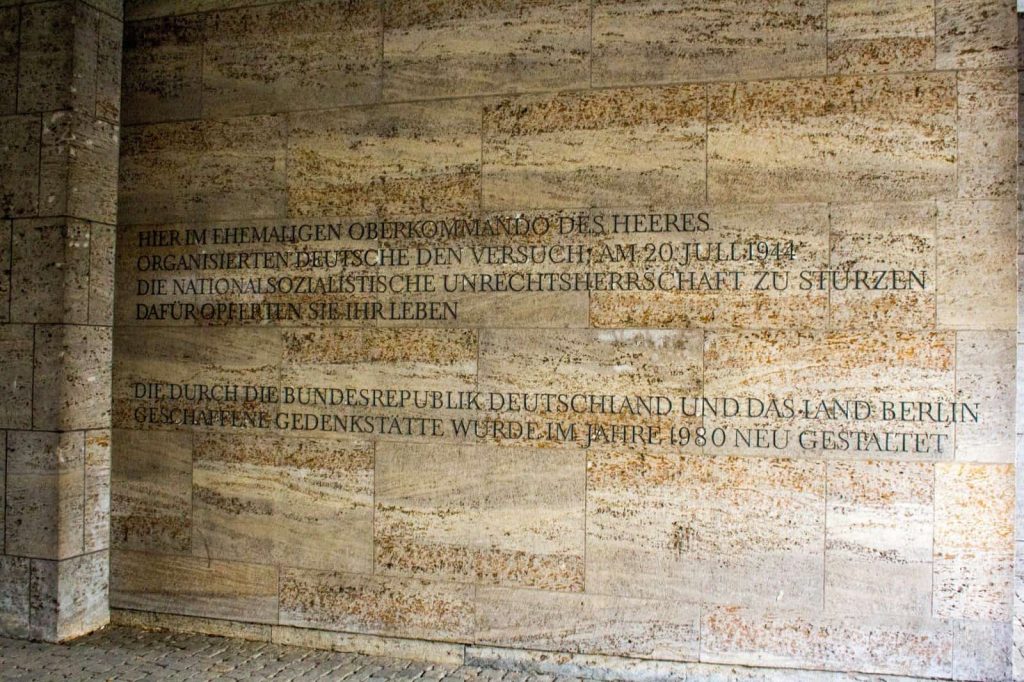 In 1980, the commemorative courtyard was redesigned by Professor Erich Reusch and the following inscription was engraved into the entrance: “Here in the former Army High Command, Germans organised the attempt to overthrow the lawless National Socialist regime on 20 July 1944. For this they sacrificed their lives.” 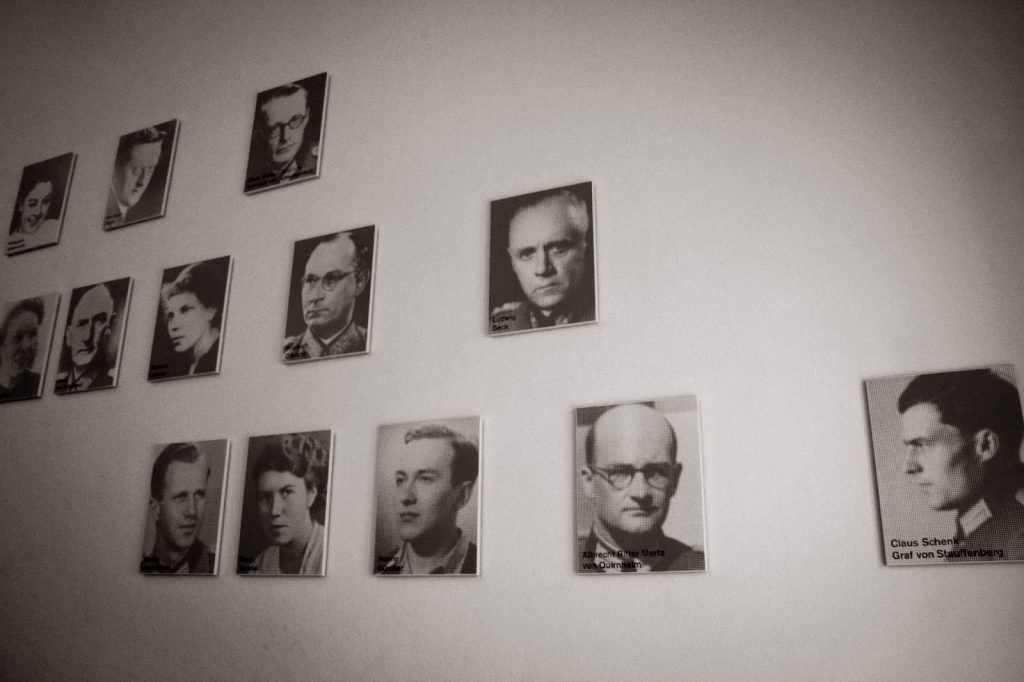 The main exhibit on the second floor of the Bendler Block was opened to the public (free admission) on 19 July 1989 and includes more then 5,000 photos and documents attesting to the heroic men and women who were part of the German Resistance Movement. The exhibit’s panels are in German and English aside from a few which are entirely in German. 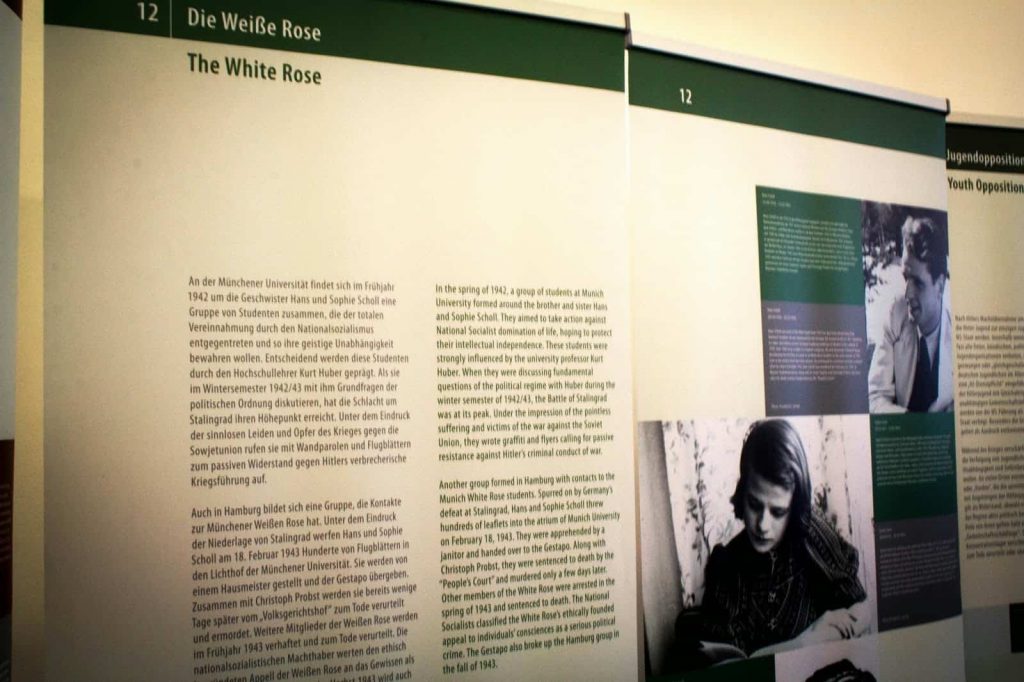 For those who don’t know, Sophie Scholl (part of The White Rose movement) was a young woman in Munich who was executed by guillotine for distributing anti-war leaflets in 1943. A great German film (English subtitles available) that tells her story is Sophie Scholl: The Final Days.
Another German hero whom I’ve long admired is Pastor Dietrich Bonhoeffer, a German Lutheran theologian and dissident anti-Nazi, who was part of the Abwehr assassination plot and executed in April 1945 (23 days before the German surrender). A good film in English is the 2000 Agent of Grace found on YouTube. 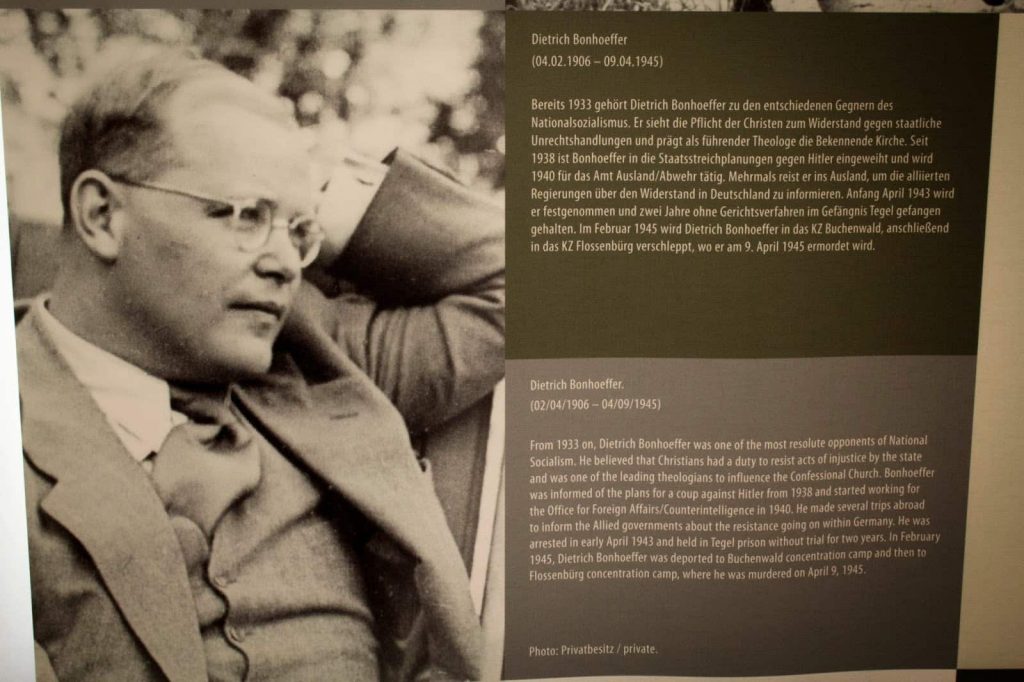 If you are interested in the history of some amazing men and women who fought for what was right during the Second World War, I highly recommend a visit to Gedenkstätte Deutscher Widerstand at Stauffenbergstrasse 13-14 where admission is free. The nearest metro is U-/S- Bahn Potsdamer Platz. Please allow yourself a good couple hours to visit the museum so you’re not rushed in reading all the panels. 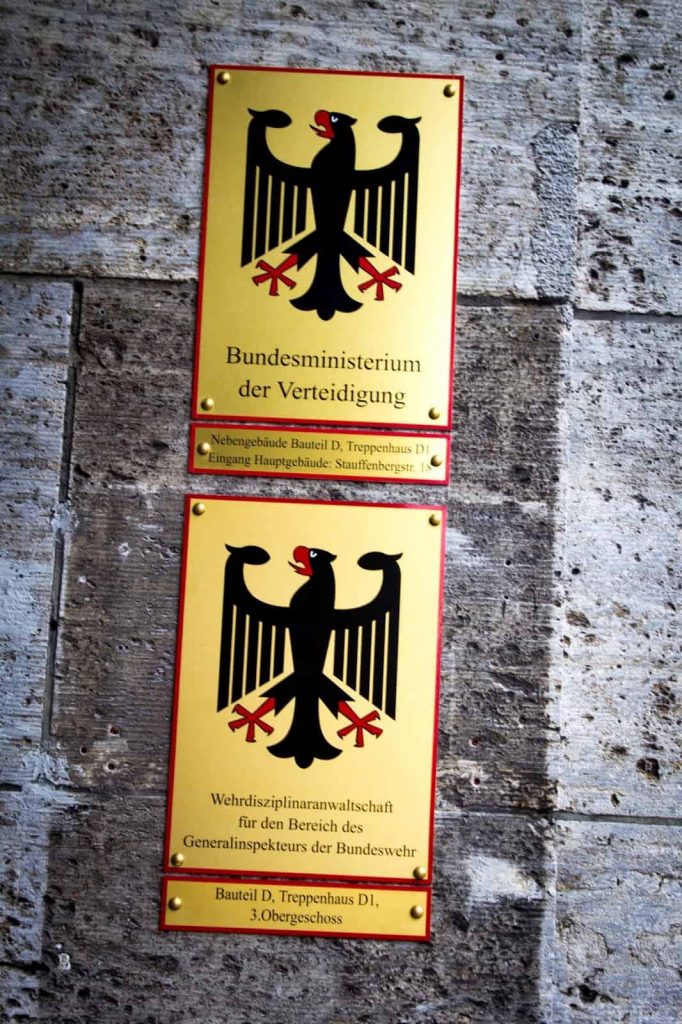