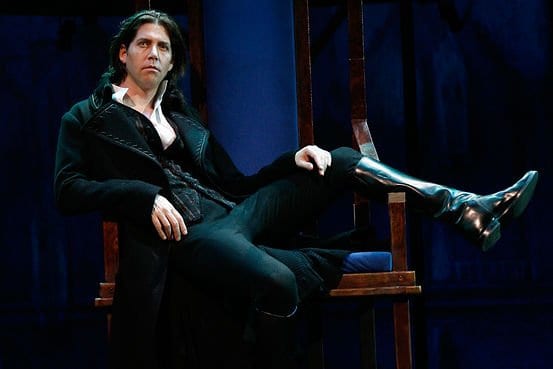 Good day, friends. I hope you have had the pleasure of reading or seeing A Tale of Two Cities by Charles Dickens. The book is full of so many great quotable passages and there have been a couple great film adaptations. My favourite — Ronald Colman as Sydney in 1935. There is also a well made 1990 TV version starring Chris Sarandon, David Suchet (“Poirot“) and Kenneth More (“Father Brown”).

But today I draw your attention to the Broadway musical by Jill Santoriello. A Tale of Two Cities: The Musical unfortunately did not fare well on Broadway but we are lucky to have a cast recording and a filmed concert performance featuring Michael York as the Narrator.

I know some people have spoken poorly about the music but I
think the music is what makes the musical so heartwarming and
beautiful. Songs such as “If Dreams Come True”, “Out of Sight, Out of
Mind”, “Without A Word” and “Let Her Stay A Child” are beautiful in
their own right but as part of the musical they help tell a story that
is already well known to their audience and help draw out the
characters’ inner turmoils and stories. Give the show a listen for
yourself and let me know what you think.

Haha – just realized that A Tale of Two Cities was my 2017 choice too.