Good day, friends! Today I present the letter H and again like yesterday there are numerous popular options but I wanted to share with y’all The Harvey Girls, the 1946 MGM musical starring Judy Garland, Ray Bolger, Angela Lansbury and Cyd Charisse.

I credit this movie for introducing me to the Harvey girls and inspiring my interest in reading Tracie Peterson‘s fictional Westward Chronicles and Desert Roses series.

For those that don’t know, Mr. Harvey in the 1800s set up a pioneering chain of Harvey House restaurants alongside the railroad in the United States so that patrons could easily step off the train and enjoy a hot meal before the train was due to depart again in a respectable restaurant versus the local tavern. Harvey girls were single, well-mannered, educated white young ladies.

In the film The Harvey Girls a new group of Harvey Girls arrive in Sandrock, Arizona, where they meet leading lady Susan (Judy Garland) who had come to Sandrock in answer to a marriage advertisement but upon discovering it was a joke she quickly changes her mind and joins the Harvey girls. As with any classic MGM musical the ladies soon fall in love with the local fellows and chaos ensues when good vs bad come head to head.

Trivia about the Movie

Em, the lead dance hall girl was played by Angela Lansbury. Her singing voice was dubbed since producers believed she didn’t sound right for the low class character she played.

Virginia O’Brien was pregnant during filming and suddenly disappears after “Wild, Wild West”. 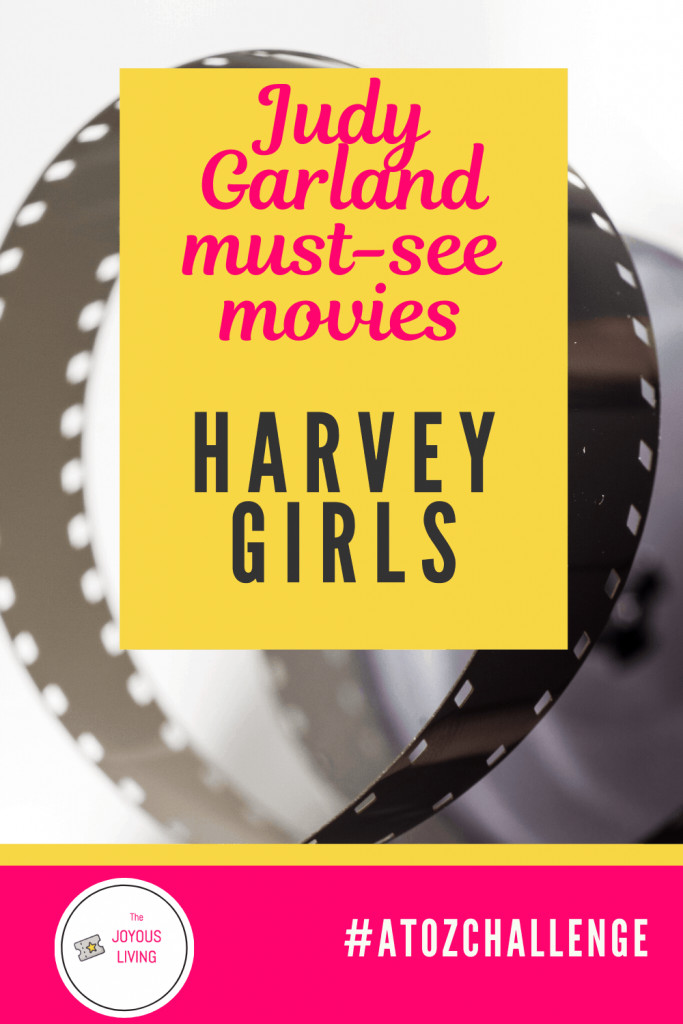 4 Comments on A to Z Challenge: The Harvey Girls with Judy Garland