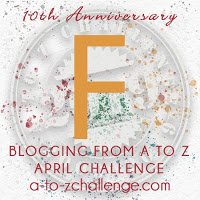 For today’s post, I want to share a fun comedy musical by Stephen Sondheim called A Funny Thing Happened on the Way to the Forum. Some of you might be familiar with the musical thanks to the 1966 movie starring Zero Mostel and Michael Crawford. Or maybe you saw the 1996 Broadway revival with Nathan Lane or the 2004 London revival with Philip Quast and Caroline Sheen?

For those who don’t know the story – it tells the bawdy story of a slave named Pseudolus and his attempts to win his freedom by helping his young master woo the girl next door. The story is told in a melodramatic and over the top comedic fashion involving satire and farce.

Famous songs from the show include:
Lovely
Everybody Ought to Have a Maid
Comedy Tonight

And for those of you who want to see the 1966 film, it is currently available on Amazon Prime.

And of course you would be remiss if you didn’t listen to Nathan Lane’s “Lovely (reprise)“.

What is your favourite musical comedy?