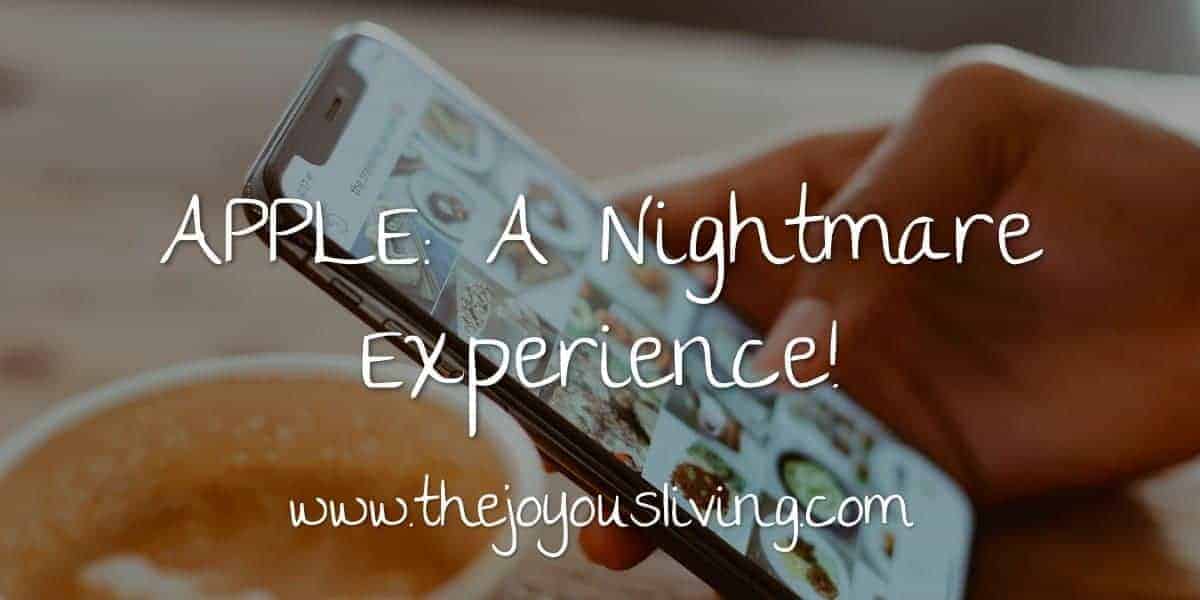 I’ve always been a loyal and proud Apple customer but today I wanted to scream, rip out my hair, throw my iPhone (that I just got a month ago!) and curse out Apple (and I don’t swear). And now I have a blistering migraine and lost half my day due to this craziness called Apple Care.

Allow me to explain…

At noon, I was on Instagram on my new iPhone XS and suddenly I get white lines and the screen flashes and is suddenly black. What the heck?! I try to force a restart

Unfortunately no luck. I must have tried it a good dozen times before reaching out to support via chat on-line. I can’t fault the employees – Adamae and Fabian – but I felt like I was going in circles because they kept asking me to do the same restart steps. As always no luck. The only interesting note was that after 3 hours of fooling around with my phone and support, a dark green filled the screen as did horizontal black lines. Not good. I was also ordered to restart my iphone and when that didn’t work I had to log back in for another chat session (this time with Fabian) because Adamae assured me it should work and signed off. This time I did the restore and no luck. 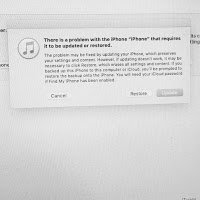 By this time I was really irked as anyone would be. I just wanted to get my phone switched out for one that worked. Because aside from only having this phone ONE MONTH I had already had TWO ISSUES with the phone’s screen blacking out and not being able to accomplish anything with the forced restart. This one was the worse obviously though because the other two times it eventually turned back on. Fabian told me there was no way to get in to the local Apple store and due to my disability there is no way I could have driven the 25-30 miles (ea way) that would be required to go to the other store option. This should be a simple in and out experience where I hand over the bad phone and get a new/good phone. Fabian finally put me through to his manager, Jason, who was again nice (not faulting their courtesy just their waste of time and energy) and again had me try to force restart the phone (shoot me now! i thought) and obviously it didn’t work and once i had AGAIN explained my situation he said he could not call the store himself (weird) but put me through to Chris who gave me a phone call. Chris finally called the store and spoke with a manager, Rick (?), who said I could come in at 5pm. This was 5 hours since my phone quit working. Ugh. I took the offer and was promised that I would not have to repeat myself yet again and it’d be a simple matter of exchanging the phones.

I had about 1 hour until my appointment so I ejected the SIM card and put the bad phone into the box it came in and headed across town. I checked in and waited and waited and waited. Seriously. I felt like screaming once again. My 5pm appointment turned out to be a 5:10pm appointment but because I’d been asked/instructed to come in at 4:50pm I really was getting antsy and my migraine was getting worse. [Have I mentioned that stress is bad for my autoimmune disease?] A nice enough guy came out and right away he asks for my story. UGH! I explained that Chris and Rick said I didn’t need to go through the song and dance again but he said Rick wasn’t available so I’d have to fill him in. UGH. Again, nice guy but what a wasted 20 minutes I spent in the store! I think he realized I was at my breaking point so he sped the appointment along and handed me my new phone and off I went home in desperate need of a drink [oh wait, medication won’t allow that. So I compromised and had a Diet Root Beer.]

Phew. Long story ended and I now have a new phone that is so far working [sure would hope so!] Off into the night we go setting it up with my apps and data.