A to Z Challenge, Theatre, TV and Movies

The Dairy of Anne Frank is a Pulitzer winning play based on Anne Frank’s The Diary of a Young Girl that premiered on Broadway in 1955.

The Pulitzer Prize Winning Play, The Diary of Anne Frank

The play was dramatized by Frances Goodrich and Albert Hackett and has seen the likes of Susan Strasberg (1955 Original Broadway Cast), Millie Perkins (1959 Film/U.S. Tour) and a young Natalie Portman (1997 Broadway Revival) play the title role of Anne Frank with Strasberg receiving a Tony nomination.

Fun Trivia about The Diary of Anne Frank: 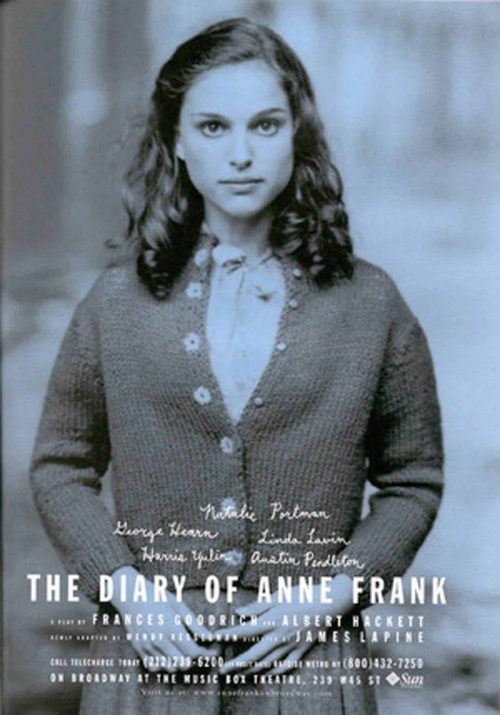 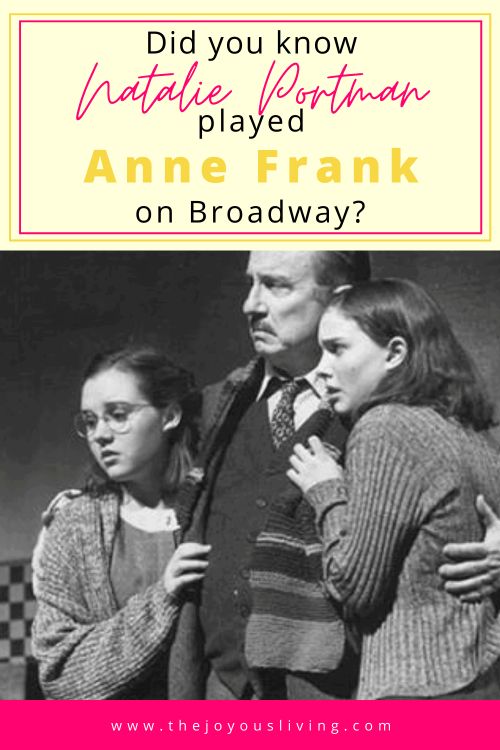 8 Comments on A to Z Challenge: Diary of Anne Frank