I’ve put together a virtual tour of Scrooby in honor of the 400th anniversary of The Mayflower fast approaching. Many had made plans to travel to see the lands of their forefathers but things are uncertain now about travel and celebrations both in the United Kingdom and the United States due to Covid-19 so allow me to share a virtual tour of Scrooby, Nottinghamshire, England, from which Elder William Brewster and his family hailed. 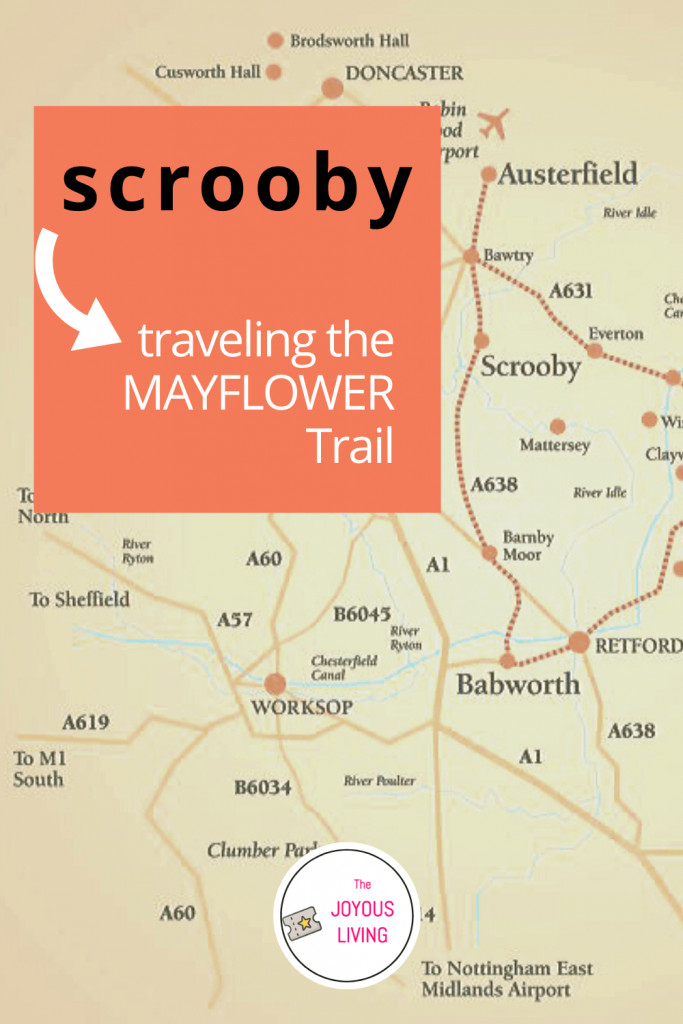 Elder William Brewster lived at The Manor House where first his father, also named William, and then himself held the position of postmaster of Scrooby.

After becoming a Puritan, Brewster invited John Robinson and Richard Clifton, leaders of the Brownist Church, to hold church meetings in their manor house in Scrooby before it became too dangerous to hold such meetings and they fled (illegally at the time) to Holland.

Scrooby is a small village in North Nottinghamshire just south of Bawtry.

The village of Scrooby is so small that it is said it would only take you 1-2 hours on foot to explore the area.

The 3 main areas of interest are:

Tours are not given of the remnants of the farmhouse but it can be best viewed from Station Road to the south of the site.

The town pub is named after the American Founding Fathers (including Scrooby’s own William Brewster). It is recommended on your trek along the Mayflower Trail since “much of the local story is told in artifacts and replicas at Scrooby’s village pub.”

A Grade II listed parish church dating back to the 15th century. Before becoming a Puritan, William Brewster and his family worshipped at Scrooby Church.

There are 3 benches, known as the Brewster Pews, in the south aisle of St. Wilfrids Church. They have panelled bench ends and richly hand-carved backs with bands of vines and bunches of grapes and possibly date from the 16th century. One bench forms a divide between the east end of the south aisle and the rest of the aisle.

What Else to Do in the Area?

Since Scrooby is such a small village, you’ll want to make your visit a part of a larger pilgrimage. British Heritage Travel has a suggested Mayflower Trail that you can take on your own through Nottinghamshire and Lincolnshire. 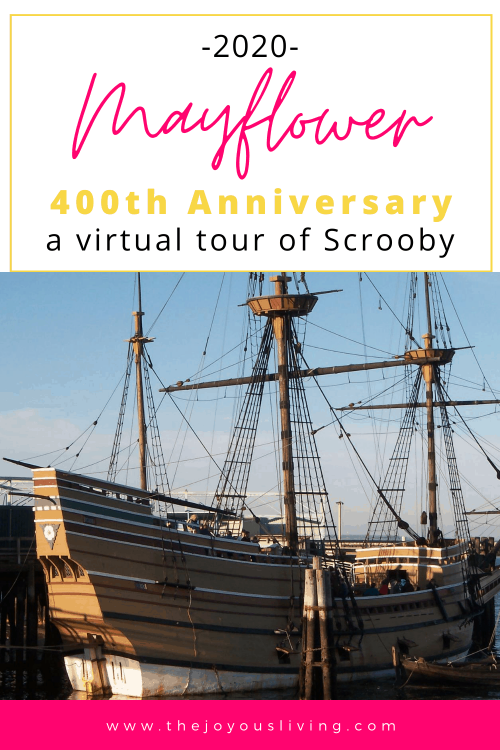 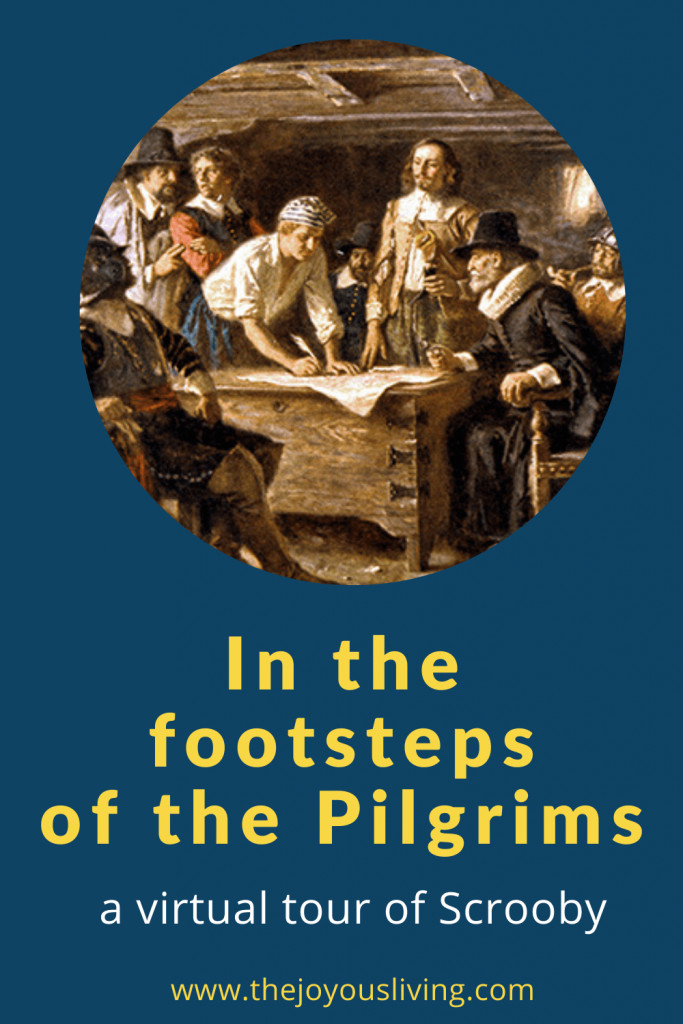 I hope you’ve enjoyed this informal tour of Scrooby. Will you be planning a trip along the Mayflower Trail in honor of the 400th anniversary of The Mayflower?

41 Comments on A Free Virtual Tour of SCROOBY, England [A to Z Challenge 2020]