Anyone who knows British/World History has heard at one time of the 1066 Battle of Hastings. I became especially interested after I adopted my sweet dog, Captain Hastings (named after Agatha Christie’s Poirot’s faithful friend).

So when I was looking at our lengthy family tree – I was thrilled to see that my 26th great grandfather was the victor of the battle. For today’s A to Z Challenge, I wanted to share some about the 1066 Battle of Hastings for all you history enthusiasts.

The When, Where, and Who

Who: William the Conqueror versus Anglo-Saxon King Harold Godwinson

Significance of The Battle of Hastings

The Battle of Hastings was perhaps the MOST IMPORTANT battle fought on English soil!

William the Conqueror’s win led to the end of the Anglo-Saxon rule and prompted changes in the Church, aristocracy, culture, and language that has had lasting effects.

The Battle of Hastings was the last time an invading kingdom overtook Britain.

The Background of The Battle of Hastings

King Edward commended his widow and the kingdom to Harold Godwinson’s “protection”.

King Harold Godwinson defeated his brother Tostig and Harald Hardrada on 25 September at the Battle of Stamford Bridge.

William’s forces built a wooden castle in Hastings from which they raided the surrounding areas.

Harold left much of his forces in the north, including Morcar and Edwin, and marched the rest of his army south to deal with the threatened Norman invasion.

The Death of King Harold

Since the majority of the primary accounts contradict each other, it is near impossible to provide a description of the battle that is 100% correct.

The common consensus is that King Harold was killed towards the end of the day-long battle.

William of Malmesbury put it that Harold died from an arrow to the eye that went into the brain.

Due to their leader’s death, the majority of the Anglo-Saxon army seems to have fled (being pursued by William’s Norman forces).

Soldiers of the Royal Household however seemed to have stuck to their leader’s side and fought to the end.

Harold’s body was identified on 15 October 1066 and his personal standard was presented to first William and later sent to the papacy.

Gytha, Harold’s mother, offered William the weight of her son’s body in gold for its custody, but her offer was refused.

Legends differ as to what became of his remains. Some suggesting William ordered his body thrown into the sea and others claiming he was buried on a cliff. Waltham Abbey, founded by Harold, later claimed that his body had been secretly buried there.

My Connection to William the Conqueror

See my connection to Charlemagne for more information about my family tree.

Books about Battle of Hastings 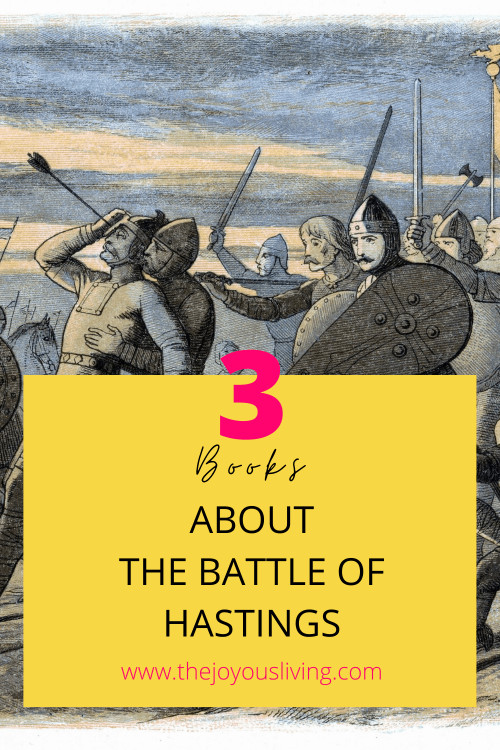 1066: The Year of the Conquest by David Howarth (non-fiction)

The Last English King by Julian Rathbon (a fictional account, told from the perspective of one of Harold’s surviving household soldiers)

1066: The Year that Changed Everything (Great Courses/audiobook)