The A to Z Challenge is winding down and for today’s “W” post, I wish to share with you 3 “W”s of significance in my family:

The Weltons of Waterbury and Watertown

A search on Google for John Welton Sr. (and his ancestors) will point a researcher in the direction of “The Town and City of Waterbury”.

My ancestors on the Welton side came from Wales to the Colony of Connecticut where John Welton Sr. became a landowner and later constable of the town.

My 5th great-grandmother, Tabitha Welton, moved away from the area with her husband, Isaac Dayton, to New York. However, there are still Weltons living in the Waterbury area of Connecticut to this day.

When the settlement now known as Waterbury was admitted as the 28th town in the Connecticut Colony in 1686, the name was changed to Waterbury in reference to the numerous streams that emptied into the Naugatuck River from the hills on either side of the valley.

The Waterbury Clock Company produced the Mickey Mouse watch in 1933 under the Ingersoll brand. The watch was so popular that over 11,000 were sold the first day, and it saved the company from bankruptcy.

Built-in 1905, the Elton Hotel on the Waterbury Green was considered one of New England’s most elegant hotels until the 1960s.

Standing in front of City Hall, a Christopher Columbus statue was completed by sculptor Frank Gaylord in 1984.

In the 1949 Arthur Miller play, Death of a Salesman, the main character mentions Waterbury as one of his recent stops on a business trip.

The land of modern-day Watertown originally belonged to Mattatock.

Watertown was incorporated as a town in 1780.

My Connection to the Weltons

John Welton Sr. (one of the first landowners in Waterbury, Mr. Welton was named constable in 1708.)

Resources About Waterbury and Watertown and the Weltons 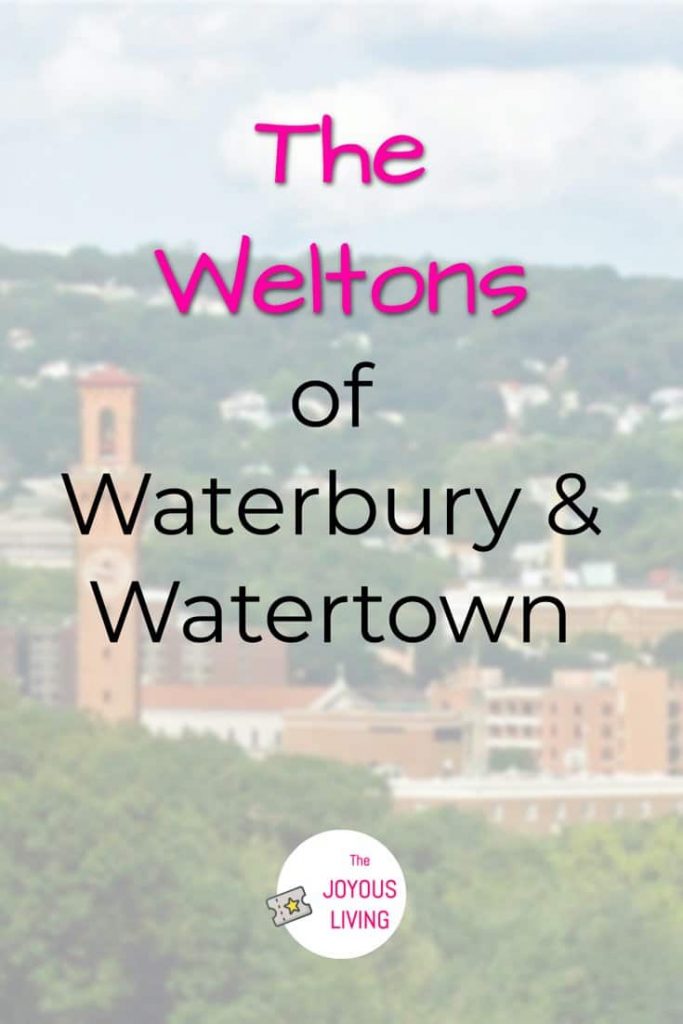 Do you know where your family hails from?

19 thoughts on “A to Z Challenge: From Waterbury to Watertown in my Search for the Welton Family”