In honor of Father’s Day fast approaching, I have put together a list of 6 loving fathers in literature who prove to be loving fathers no matter how many faults they have.

Let me know in the comments below if you’d like to see a list of some of my favorite “BAD” examples of fatherhood in literature next.

Character Description: Don Vito might not be the noblest of men. But there is no denying the love he has for his children and wife. Family comes first for Don Vito in this depiction of one of the most loving fathers in literature.

Quote: “A man who doesn’t spend time with his family can never be a real man.”

Harry Potter and the Goblet of Fire

Character Description: Arthur Weasley might not be the most clever nor the most dashing of fathers, let alone wizards. However, he is a man of principle and honor unlike some of his co-workers at the Ministry of Magic (e.g. Malfoy). And he is very loving and encouraging of his children’s talents and becomes in many ways a loving “uncle” and role model for Harry.

Quote: “You aren’t going to see your nephew till next summer,” he said to Uncle Vernon in mild indignation. “Surely you’re going to say good-bye?”

Character Description: Jean Valjean may not be Cosette’s biological father but he loves her as if she were his flesh and blood. He is willing to risk many things to give Cosette a good education at the convent and to provide her a good life once she leaves school. It is his protectiveness and love for Cosette that serves as a cause and purpose for Valjean in the latter half of the book.

Quote: “His venerable white head fell on the bed, this old stoical heart broke, his face was swallowed up, so to speak, in Cosette’s clothes, and anybody who had passed along the staircase at that moment would have heard irrepressible sobbing.”

Character Description: Carson Drew is a widowed attorney of law who has a single child, Nancy, whom he dotes on and highly respects. He is often away and trusts her to look after herself (with the help of the housekeeper) and often gives her advice and assistance on her cases. And yes, sometimes he ends up needing Nancy’s help to get out of a pickle or two such as in The Mystery at Lilac Inn when he is kidnapped by the story’s villain.

Quote: “Carson Drew said severely, ‘Well, Gay Moreau, justice is catching up with you again.’ Then he kissed his daughter.” (The Mystery at Lilac Inn)

To Kill a Mockingbird

Character Description: Atticus Finch is one of the most famous lawyers in fiction and for a good reason. He is not only a brave and honorable man who lives to do the right thing — he is also a widowed father of two. He is a strict and loving father always finding time for them despite his busy schedule. Due to his being such a great role model and champion of fairness and honesty — he is considered a very good father figure in To Kill a Mockingbird. He is probably the most famous of the loving fathers in literature I put together.

Character Description: An honest, selfless, dedicated physician, Gibson does his best to do what is right for his young motherless daughter. Outwardly unemotional and reserved, Mr. Gibson is the principal observer in the narrative. He and Molly complement each other, and it is through their eyes that the reader sees and feels. 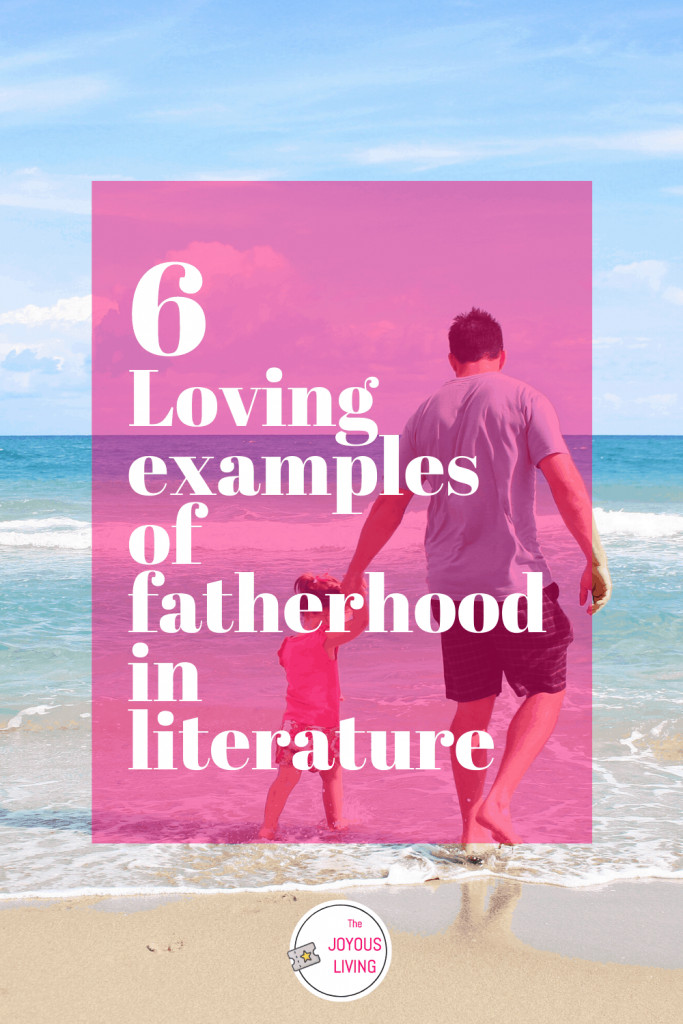 Who are some of your favorite loving fathers in literature (not necessarily from this list)?

20 Comments on 6 Loving Fathers in Literature You Must Discover