When Thomas Hardy’s Tess of the d’Urbervilles: A Pure Woman Faithfully Presented was first published in a serialized version in the British illustrated newspaper The Graphic in 1891. It was also and more interestingly censored and considered scandalous because of the perceived challenge of Victorian sexual morals.

The plot of Tess of the d’Urbervilles

The book is about impoverished Tess Durbeyfield who visits the widowed Mrs. d’Urberville to claim kinship due to the similarity of their names. There she meets and is pursued by Alec, the widow’s son. Even though she is frightened of Alec’s intentions, she continues to work for Mrs. d’Urberville to support her family. However, while she is sleeping in an ancient grove it is implied that Alec takes advantage of the moment and rapes her at the conclusion of phase one.

In phase two (something that is often passed over in motion pictures), Tess keeps to her room out of shame and gives birth a sickly baby boy who she baptizes by herself since her father refuses to allow the parson to visit and pry into their affairs. Sadly the baby boy, Sorrow, dies and Tess is only allowed to bury him in a shabby corner where unbaptized infants are laid to rest.

In phase three, over two years have passed and Tess is now working in another village where her past is unknown and meets Angel Clare, a young farmer apprentice she met briefly at the beginning of the book. They fall in love.

In phase four, when Angel proposes marriage to Tess, she finds herself conflicted because how does she confess she is no longer a virgin. On their wedding night, Angel confesses to having had a brief affair in London so Tess believes he will be forgiving if she tells him.

In phase five, Angel is appalled by the revelation and tells Tess that she is no longer the woman he thought she was. While he admits she was “more sinned against” (versus the sinner) he also believes she was lacking in firmness against Alec. The couple separate and after difficult times, and she is surprised in her travels to discover Alec is now a Methodist preacher, having been converted by Angel’s own father, Reverend James Clare.

In phase six, Alec continues to pursue Tess telling her that her husband will never return. Her family suffers more with her father dying and the family, impoverished, must leave their farm. She suffers much and wishes herself dead. Meanwhile, Angel has failed in his farming ventures and returns home when he meets a stranger who tells him he was wrong for leaving his wife and he begins to repent.

In phase seven, Angel returns and finds Tess living as Alec’s mistress. Tess is horrified that he should see her like this and is furious with Alec for lying to her and preventing her from finding happiness with Angel. She ultimately kills him and goes on the run with Angel, who proclaims his love and forgiveness, for several blissful days together. She asks Angel to take care of her younger sister Liza-Lu when she is gone. As stories would go, she is arrested and executed for Alec’s murder and Angel and Liza-Lu take hands and go on their way.

Themes of Tess of the d’Urbervilles

Most Faithful Film Adaptation of Tess of the d’Urbervilles

My all-time favorite version of Tess was the 1998 version starring Justine Waddell (Wives and Daughters, Mansfield Park) who brings to life Thomas Hardy’s haunted Tess. The soundtrack is also quite haunting and memorable. Justine Waddell should have, in my opinion, received much more acclaim for this moving performance.

The most recent BBC version starring Eddie Redmayne and Gemma Arterton. However, the real star of the 2008 version was the gorgeous cinematography.

Infamously, Roman Polanski’s TESS starred Nastassja Kinski, Peter Firth, and Leigh Lawson and was extremely dark and twisted in part because of the murder of Polanski’s wife and unborn son. The movie was the FIRST movie of Polanski’s to premiere AFTER he had run away from justice just before being sentenced for sexually assaulting a 13-year-old girl. And how did Hollywood reward him for his behavior? He was nominated for the best director Oscar.

The plot of Lady Windermere’s Fan


Lady Windermere is a young bride who discovers evidence that her husband is having an affair with an older woman, Mrs. Erlynne. Although he denies any affair, she is horrified when Mrs. Erlynne arrives at Lady Windermere’s birthday party and so she considers running of a playboy but Mrs. Erlynn having caught on to the situation sacrifices her own happiness and reputation to protect Lady Windermere from making a terrible mistake.


The silent version stars a young and handsome Ronald Colman (Random Harvest) and May McAvoy and directed by future Academy Award winner Ernst Lubitsch. The movie is a piece of Hollywood history and worth adding to any Hollywood fan’s collection.

The most recent adaptation is A Good Woman (again BASED on Oscar Wilde but not word for word) starring Scarlett Johansson and Helen Hunt. It is, in fact, one of Scarlett Johansson’s best performances full of sweetness.

Rebecca is a 1938 gothic novel by Daphne du Maurier. It was very difficult for Daphne du Maurier to come up with the novel so she spent Christmas 1937 alone and less than four months later she was able to deliver the manuscript that would become Rebecca.

The plot of Rebecca

According to du Maurier, the story is “a sinister tale about a woman who marries a widower”.

I, the unnamed heroine and narrator, is a middle-class companion in her early 20’s to a pompous widow, Mrs. van Hopper. While traveling in Monte Carlo, the narrator meets Mr. Maxim de Winter with a mysterious past concerning his deceased wife, Rebecca. The couple marries despite her reservations that she does not belong in Mr. de Winter’s elite world. Arriving at his family manse, Manderley, the second Mrs. de Winter meets the stern housekeeper, Mrs. Danvers, who resents her trying to take the place of her beloved Rebecca.


There have been numerous adaptations but a few favorites are –

Both of the formerly mentioned movies were at one time my favorite but now that honor belongs to the 2008 Italian movie, Rebecca La Prima Moglie, that stars Alessio Boni (The Tourist) and Cristiana Capotondi. You can watch it for free on Rai.TV but there are no English subtitles. This movie is my favorite of the 3 due to character development. However, viewers should know the movie does take liberties with a major storyline in the second half and Mrs. de Winter is given the name of Jennifer.

Elizabeth Gaskell’s social novel, North and South, was published in 1854 about the Industrial Revolution in England.

The plot of North and South


Nineteen-year-old Margaret Hale who’d been staying with her wealthy relations in London since her early childhood goes to Northern England with her parents when her father leaves the Church of England over a matter of conscience. She immediately dislikes the industrial city and is judgmental of her father’s wealthy pupil, mill owner John Thornton, for being uncivil and cruel to his workers. Thornton is attracted to Margaret but sees her as a Southerner who looks down her nose at the Northerners and particularly industrial men such as himself.

Frankly, John Thornton is right in his assessment of Margaret while she is incorrect in her’s. Much like in Pride and Prejudice – the male protagonist is proud and the female suffers from prejudice. It is not until Margaret falls from her pedestal of perfection and realizes Thornton covered for her despite knowing of her lies that she is humbled and sees him in a new light.

Themes of North and South

Best Adaptations of North and South

There have been 3 adaptations in 1966, 1975 with Patrick Stewart (Star Trek: The Next Generation) and 2004 with Richard Armitage (Robin Hood).

Fans of the 2004 tv-series with Richard Armitage will love these 3 phone wallpapers that I have created using CANVA. Enjoy!

Shakespeare’s tragedy, King Lear, had its first known performance on St. Stephen’s Day in 1606. Interestingly, after the 1660 Restoration of the Stuart monarchy and return of Charles II to the throne of England, the ending to King Lear was adjusted with a happier ending for a contemporary audience who did not like the dark ending written by Shakespeare.

Lear was returned to its original state of tragedy and in the 20th century, he began the show as a man of power and regal authority while once the sweet and modest Cordelia was now portrayed as a warrior with a breastplate and sword.

In either case, it has been noted by playwright George Bernard Shaw that “no man will ever write a better tragedy than Lear“.

The Plot of King Lear


Lear is an aging king who wishes to pass on his power and lands to his daughters. Proud and manic, he demands signs of admiration and love from his daughters. Two daughters fawn at their father’s feet despite their true feelings while the one who really loves their father refuses to flatter him in a similar fashion as her sisters.

Like with many of Shakespeare’s great classics, there are dozens of productions both stage and screen that have been preserved for all time on film. But which to see? Personal favorites include:

Laurence Olivier is the ultimate Shakespeare actor and his performance as Lear would be one of his crowning jewels.

Colm Feore (House of Cards, Changeling) surprised me with his haunting performance as the aging monarch, especially when playing opposite Cordelia (Sara Farb). This staged Canadian production demonstrated to me just how amazing Feore is as an actor.

Anthony Hopkins was a powerful King Lear who brings the bard’s work to life for a modern audience in this filmed production. The cast is aces but sadly due to time constraints there are huge chunks of the play cut that would help establish character development for a first time audience member. I’d recommend seeing one of the previous mentioned productions first before this one. 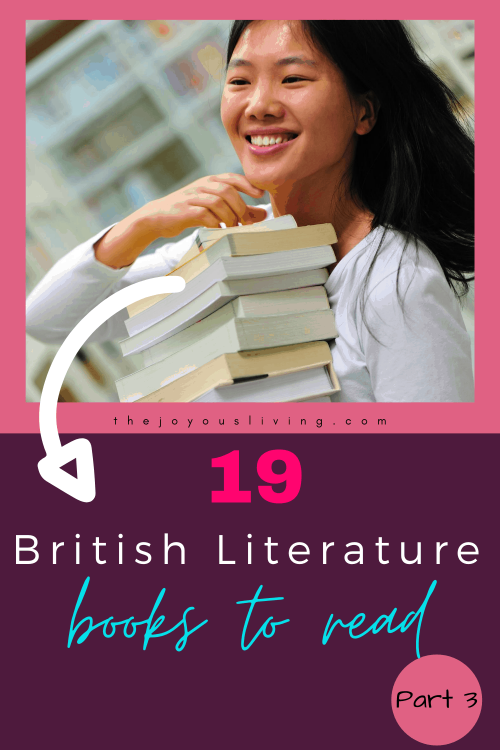 Stay tuned for the finale part of the list to come featuring Henry James and Virginia Woolf.