Jane Austen is arguably one of the most famous British female authors of the 19th century with contemporary audiences best knowing her for Pride and Prejudice and Emma. Born to George Austen, an impoverished gentleman rector, and Cassandra Leigh, daughter of the prominent Leigh family, Jane grew up in a loving family where intellectual discussions and amateur theatricals were commonplace. As a young girl, Jane would write poems and short stories for her family’s enjoyment.

From between 1811-1814, Jane published anonymously four novels with the help of her brother Henry – sense and Sensibility, Pride and Prejudice, Mansfield Park, and Emma. Lady Susan, Persuasion, and Northanger Abbey were published after her death.

The plot of Mansfield Park

Fanny Price is an impoverished relation who is taken in by her wealthy uncle, Sir Thomas Bertram, where she is mistreated by her cousins and Aunt Norris (the wife of the clergyman). All but her cousin Edmund treat her as a charity case.

When Henry and Mary Crawford arrive in town to visit their half-sister, Mrs. Grant, they bring with them the wilds of city living and while Henry conducts an emotional and possibly physical affair with the two Bertram sisters (including Maria, who is engaged to the foolish Mr. Rushworth) his sister Mary woos Edmund despite his being ready to take his orders as a clergyman. But what happens when Fanny discovers her own love for her cousin and has to fight for what she knows is right?

Like most of Miss Austen’s books that tended to focus on women’s dependence on marriage and/or relatives, in Mansfield Park, Miss Austen focuses on financial dependence as well as family theatricals, ordination, and religion.

It is in fact Jane Austen’s most controversial novel with contemporary audiences divided – some finding the book dull and preferring the company of the villains versus the saintly Fanny Price and others praising the book’s deep moral backbone.

While not as fancy as the modern adaptations, the 1983 BBC version is the most faithful starring Bernard Hepton and Anna Massey. 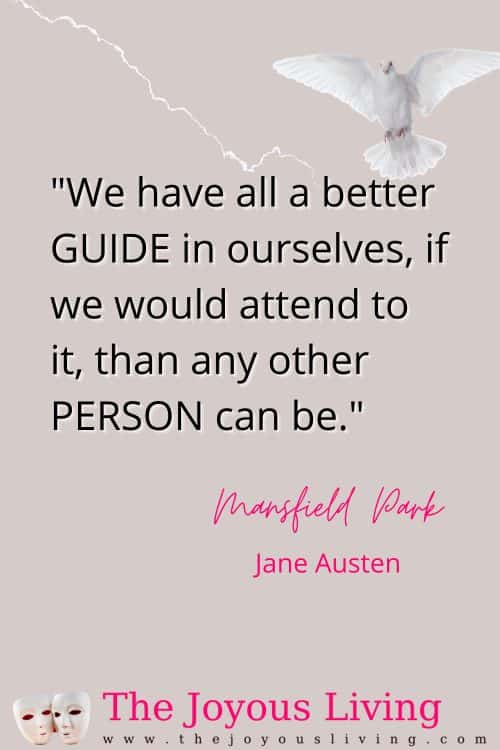 2. Wilkie Collins – The Woman in White

Wilkie Collins was the father of the modern detective novel. Born to a painter, he was raised in Italy and France. After his first book, Antonia, was published in 1850, he had the good fortune of meeting Charles Dickens (see #3) who became a good friend and a mentor. He took opium for the pain from gout but unfortunately, that became an addiction and his writing declined with his health in the 1870s and 1880s. It was his 4 novels written in the 1860s – including The Woman in White – that turned out to be timeless and proved to the world just what an amazing writer Wilkie Collins was.

In fact, The Woman in White is in fact the only book mentioned in Wilkie Collins’ epitaph.

Brief Synopsis of The Woman in White

Using multiple narrators, Collins tells the story of Walter Hartright, an art teacher, who has come to a home in Cumberland where he has been employed as an art instructor to the two young ladies of the house. On his journey from London, he meets a strange woman in white who gives him an eerie message, and what’s more, he is stunned to discover his fair student, Laura Fairlie, is the strange woman’s identical copy in appearances.

Despite Laura’s betrothal to the wealthy Sir Glyde, she falls in love with her teacher but the wedding still takes place. Six months later, she moves to her new home in Hampshire with Sir Glyde and his friend, Count Fosco, who is married to Laura’s aunt. Secrets come to light, the Woman in White reveals her story, and drama ensues as Laura and her cousin, Marian Halcombe, fight for their lives.

Themes of The Woman in White

The book was inspired by the true case of Louisa Nottidge who was abducted and imprisoned for the monetary benefits of her family. The primary theme is about the inequality of women in marriage and their weak footing in the law with the likelihood of being committed to an asylum if they are embarrassing or inconvenient to their husbands.

Musical Adaptation of The Woman in White

Andrew Lloyd Webber’s The Woman in White premiered in London in 2004 (I was lucky enough to see the show when I was in London for my study abroad) but sadly shuttered after 19 months on the West End and 3 months on Broadway making it one of his shortest lived musicals. Thankfully it had a successful and more intimate revival in 2017 starring Anna O’Byrne (Love Never Dies).

I Believe My Heart (Walter, Laura)

All for Laura (Marian)

Evermore Without You (Walter)

You Can Get Away with Anything (Count Fosco)

If I Could Dream this World Away (Laura)

Note – the main secret revealed at the finale is changed. 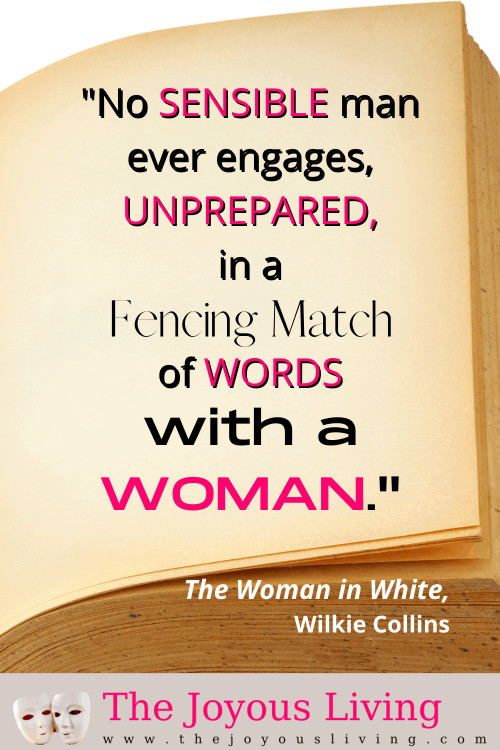 A Tale of Two Cities, published in 1859, is widely considered Charles Dickens’ best known historical fiction and one of the best selling British literature books of all time.

The plot of A Tale of Two Cities

Set against the backdrop of the beginning of the French Revolution, the story tells of French Doctor Manette who had been falsely imprisoned for 18 years at the Bastille. Happily reunited with his daughter, Lucie, Manette returns with her, her governess Miss Pross, and his friend, Mr. Jarvis Lorry.

In London, they come to know Charles Darnay (a gentleman emigre from France) and Sydney Carton (a drunken barrister) and both men fall in love with the angelic Lucie. It is Charles who wins her heart and yet Carton promises that he will “embrace any sacrifice for [Lucie] and for those dear to [her].” As the French Revolution begins, true identities and allegiances are revealed in France and England. And the ultimate sacrifice will have every eye wet.

Themes of A Tale of Two Cities

Best Adaptations of A Tale of Two Cities

James Barbour is memorable with his heartbreaking performance as Sydney in the 2007 Broadway musical. His solo numbers well convey the heart and soul of Sydney Carton. 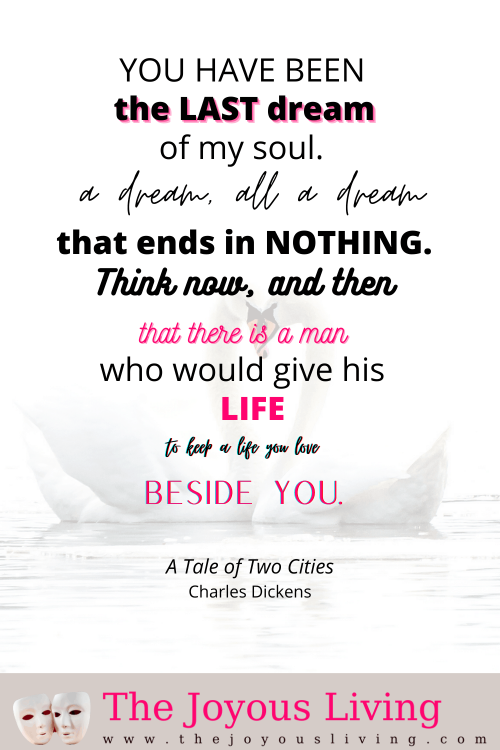 Charlotte Bronte’s Jane Eyre was published under the pen name of “Currer Bell” in 1847 when women were not considered qualified to be published authors.

The plot of Jane Eyre

The story is told in the first person by Jane Eyre of her life as an unwanted relation to the Reeds, sent off to a charity school where her best friend dies of Tuberculosis, and her experiences at Thornfield Hall where she is governess to Adele and comes to know and love Mr. Rochester.

On-screen, everyone from Orson Welles to Timothy Dalton to Charlton Heston to William Hurt to George C. Scott have all played the role of Edward Rochester. In recent years, we have seen Michael Fassbender and Toby Stephens bring a passion and sexuality to the role.

The definitive performance though has to be Timothy Dalton in the 1983 adaptation where he is a force to be had – giving his all both during the passionate moments and earnest and soft moments.

James Barbour again gives an incredible standing ovation performance as Edward Rochester as he did with A Tale of Two Cities. The duets given to Edward and Jane in the Broadway Production are some of the most memorable. 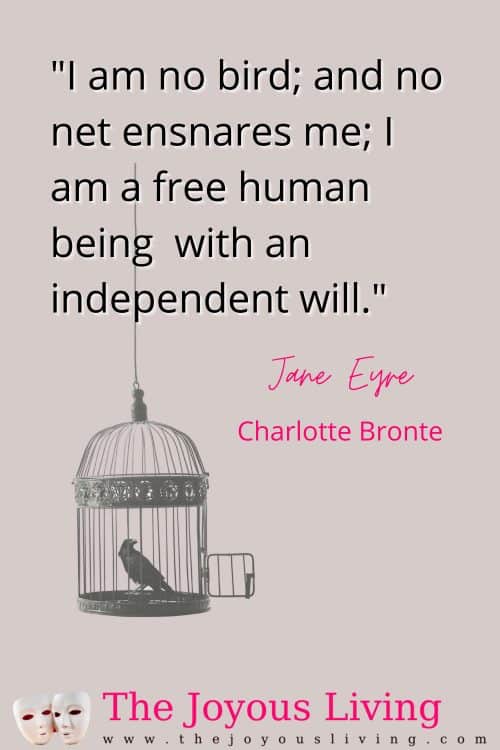 Agatha Christie is known as the “Queen of Mystery” and creator of two most beloved detectives – Miss Marple and Hercule Poirot. Lord Edgware Dies was published in September 1933 after being serialized in six issues of The American Magazine. The serialization of novels before publishing was a popular way for many British literature books.

The Plot of Lord Edgware Dies

When Lord Edgware is found murdered the police are baffled. His estranged actress wife was seen visiting him just before his death and Hercule Poirot himself heard the actress brag of her plan to “get rid” of him. But how could she have stabbed Lord Edgware in his library at exactly the same time she was seen dining with friends?

Note – Four of the clues received significant changes in this adaptation. 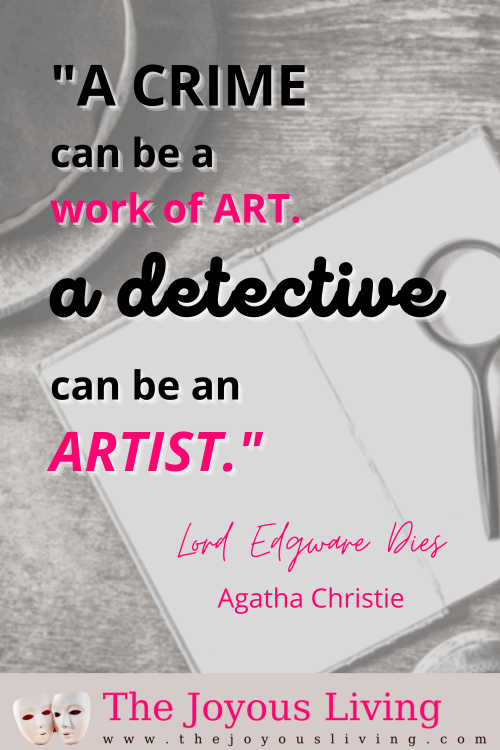 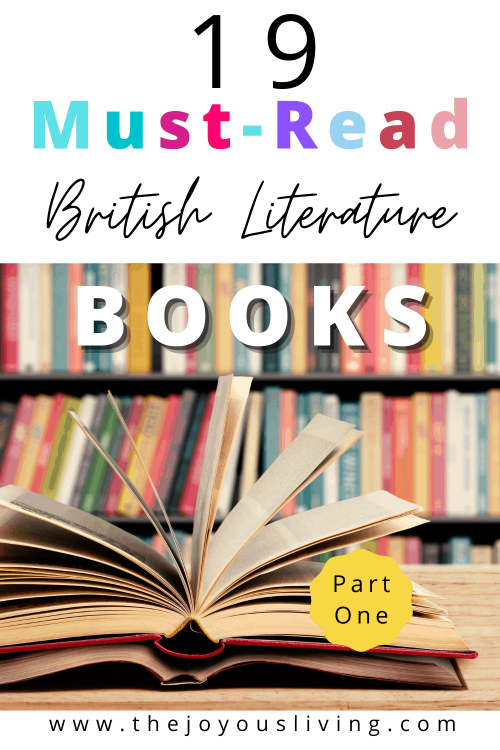 Stay tuned for the next part of the list to come featuring Oscar Wilde and Walter Scott.