12 Mighty Orphans, starring Martin Sheen and Luke Wilson, is based on a true story of orphans who advanced to the Texas State football championships during the Depression. 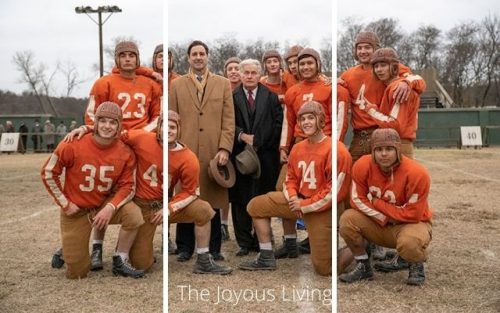 Did you know that the 12 Mighty Orphans reunites Apocalypse Now co-stars Martin Sheen and Robert Duvall?

What is the 12 Mighty Orphans About?

12 MIGHTY ORPHANS tells the true story of the Mighty Mites, the football team of a Fort Worth orphanage who, during the Great Depression, went from playing without shoes—or even a football—to playing for the Texas state championships. Over the course of their winning season these underdogs and their resilient spirit became an inspiration to their city, state, and an entire nation in need of a rebound, even catching the attention of President Franklin D. Roosevelt.

The architect of their success was Rusty Russell, a legendary high school coach who shocked his colleagues by giving up a privileged position so he could teach and coach at an orphanage. Few knew Rusty’s secret: that he himself was an orphan. Recognizing that his scrawny players couldn’t beat the other teams with brawn, Rusty developed innovative strategies that would come to define modern football.

Luke Wilson – Rusty Russell, the new football coach at Masonic Home and School in Fort Worth, Texas, who happens to be an orphan himself.

Luke Wilson, a native of Dallas, Texas, plays leading man Rusty Russell, the new football coach at Masonic Home and School where he whips into shape a group of teenage orphans who’ve never played football before and led them to the State Championship.

Martin Sheen is Doc Hall, the county doctor with a drinking problem who has helped the orphans for over thirty years without taking a single paycheck and helped bring Russell to the school to create a football team.

Robert Duvall features as Mason Hawk, a freemason and orphan himself who helps support the “Mighty Mites”.

Wayne Knight – Frank Wynn, the man who runs the day to day of the orphanage

Seinfeld’s Wayne Knight features as Frank Wynn is a the Masonic Home and School administrator who has an evil streak.

Jake Austin Walker plays Hardy Brown, one of the Mighty Mites who went on to be a professional football player with 5 professional NFL teams including the San Francisco 49ers.

Treat Williams – Amon Carter, creator and publisher of the Fort Worth Star-Telegram

Robert Duvall and Martin Sheen co-starred in Apocalypse Now (1979) as Lieutenant Colonel Bill Kilgore and Captain Benjamin L. Willard. Years later, Sheen would replace Duvall in the blockbuster Gettysburg as Robert E. Lee in 1993 and ten years later in 2003 Duvall would take up the uniform of America’s most beloved general in Gods and Generals.

But it is not until 2021 with Sony Pictures’ 12 Mighty Orphans that we see the two men reunited on screen for a brief moment.

“I don’t see a bunch of throw away orphans like everyone else does.
I see fighters.
I see guys who never give up.
It makes me so damn proud to be an orphan.”
– Jake Austin Walker (Hardy Brown)

“What the Mites won couldn’t be printed in papers.
It was a belief in themselves that would go on to last their entire lives.”
– Martin Sheen (Doc Hall)

The Mighty Orphans Impact on Football

12 Mighty Orphans is rated Pg-13. Some of the most uncomfortable moments of the show involve:

Where to Watch 12 Mighty Orphans 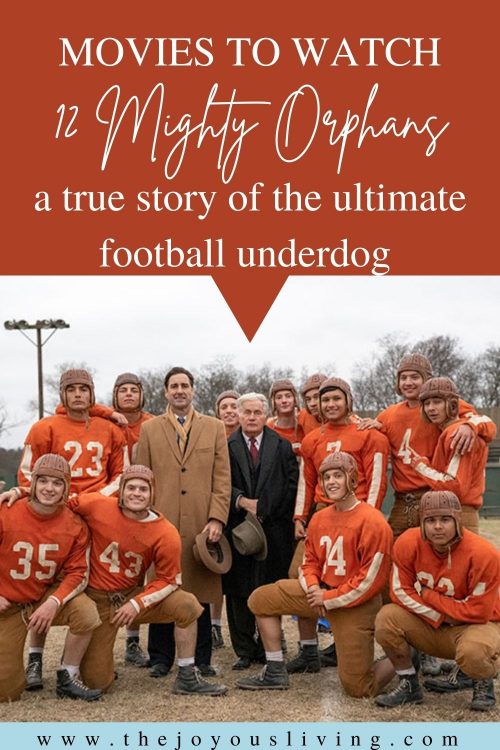